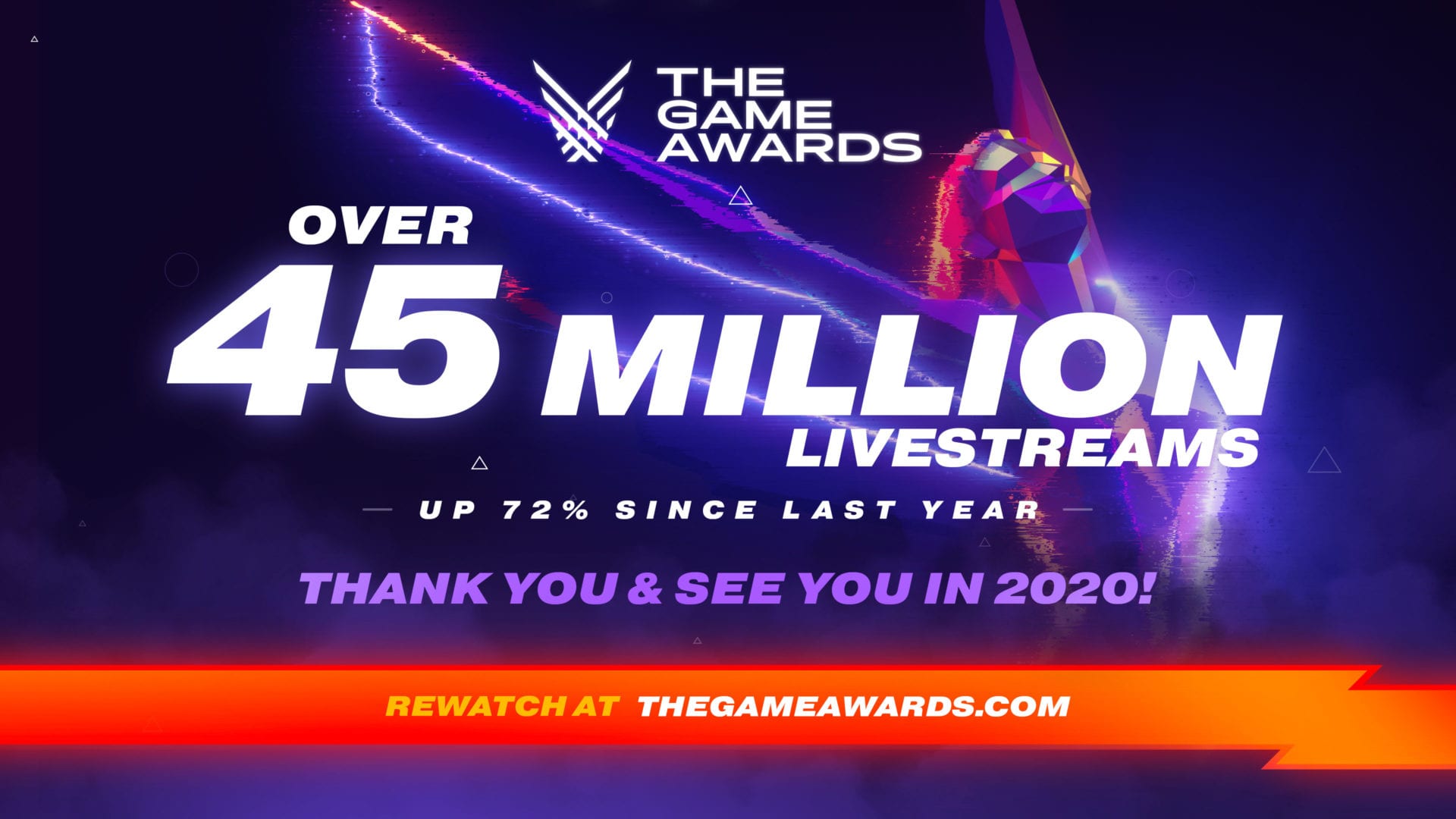 The Game Awards 2019 has had its best year ever, recording a year-on-year increase of 73% more livestreams for a total of 45 million.

Founder and host Geoff Keighley took to Twitter today to make the announcement.

Thank you for watching and supporting #TheGameAwards We’re honored to announce a record 45 million livestreams for the 2019 show, an increase of 73% over last year. The gaming industry keep growing. And I finally got to meet Beaker. pic.twitter.com/DHniqExMzZ

The Game Awards is an annual award ceremony that celebrates the year’s best games and industry talent. Notable winners for 2019 included FromSoftware’s Sekiro: Shadows Die Twice voted as game of the year and best action/adventure of the year, while Disco Elysium was voted best independent game and best role-playing game.

Recent years have seen interest in The Game Awards explode largely due to Keighley managing to secure a number of high-profile developers and publishers to make new game and content announcements in between awards.

This year, for example, Microsoft unveiled its next-generation gaming console Xbox Series X for the first time ever. We also got to check out the first confirmed PS5 game called Godfall.

You can check out Twinfinite’s own annual award wrap-ups if you’re interested in comparing our own take on this year’s best games. We’ve recently confirmed our game of the year, best RPG, and best story/writing among others.