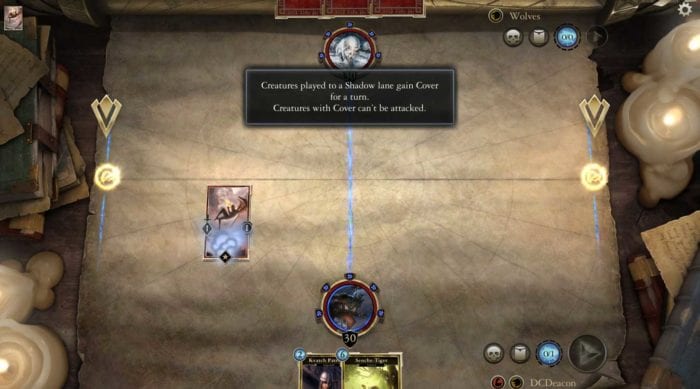 Bethesda announced that all new content and development planned for its free-to-play collectible card game The Elder Scrolls: Legends will be put “on hold.”

“We decided to put any new content development or releases on hold for the foreseeable future,” wrote community manager Christian Van Hoose on the game’s subreddit.

Hoose wrote that the game’s online multiplayer and single-player modes are still be playable and the game will receive maintenance support, but “new expansions and other future content, however, are no longer under active development.”

That includes one new expansion that was planned for the end of the year, according to the game’s roadmap. The last expansion, Jaws of Oblivion, released last September.

The Elder Scrolls: Legends development team, Sparkypants Studios, wrote a thank you to the game’s community for being able to work on the game and said it was up to Bethesda on the future of the game’s support.

The Elder Scrolls: Legends was first announced at E3 2015 and was officially launched for PC, iOS, and Android in 2017. Console ports were announced at E3 2018 for the end of that year, but no further details or news have been announced for PlayStation 4, Xbox One, and Nintendo Switch versions.