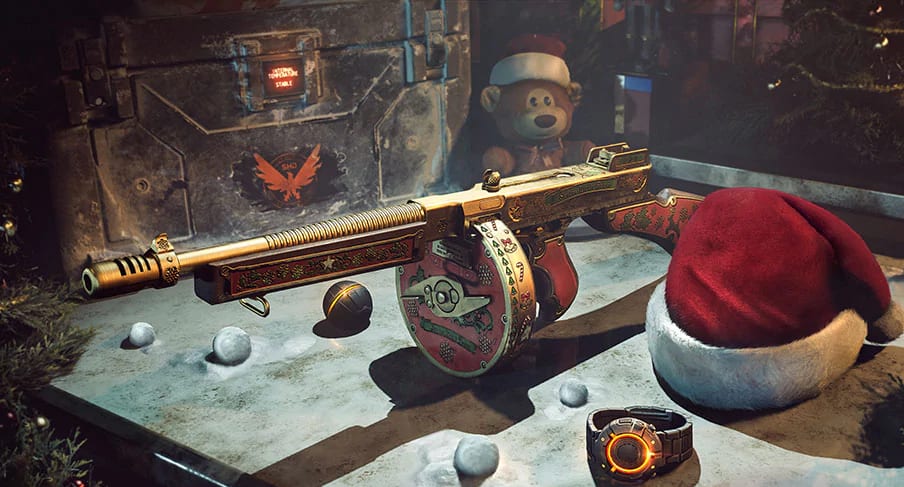 The 6.1 update for Ubisoft’s The Division 2 released with a winter holiday event, a beta test for a new mode, and other changes and fixes.

Situation: Snowball is a limited-time event where “Ambusher Hoarder” enemies with “Holiday Hats” roam the Washington D.C. environment. Eliminating them will drop The Sleigher Tommy Gun, a weapon that shoots snowballs and headshots with the weapon can confuse enemies.

Players who log in during the event currently ongoing will also receive a care package of three Standard Apparel Keys, three pieces of equipment, and a Holiday Hat. The fifth Apparel Event is also live until Jan. 7, adding more outfits and skins to the game.

The Division 2 is testing a new Hardcore mode with the 6.1 update, where players create a new character and must survive the entire game without respawning. The new mode is a beta right now.

The 6.1 update also comes with a list of changes and fixes, such as Cassie Mendoza’s stock, Negotiator’s Dilemma changes, and a list of fixes that can be found in the official patch notes.