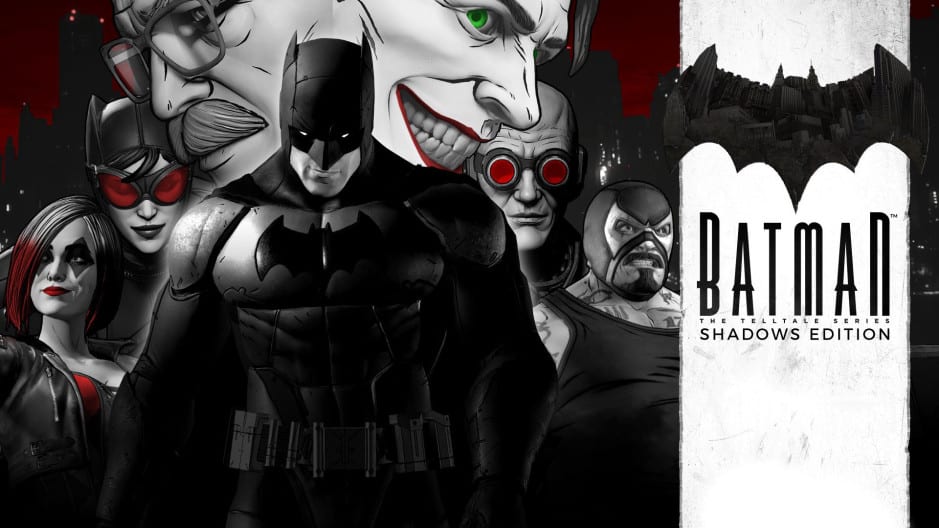 Available today on Xbox One and Steam, the Telltale Batman Shadows Edition is a new edition of Telltale’s Batman game, with both seasons available in one package along side a recolor with enhanced visuals.

The new version adds Shadows Mode, which recolors the game to look like the Sin City movies, where a majority is black and white with only things of striking color shining through. For example the things that keep there like a rose worn by the Joker, the red in Harley Quinn’s outfit, or Bane’s neon green venom tubes.

According to the two individual Microsoft Store listings for seasons one and two if you want to purchase Shadows Mode separately, it will run you $4.99 each. On the bright side, if you only want this mode for one of the two seasons, you aren’t buying DLC that you will only use half of.

While if you already own or have played both seasons, $10 for just a recoloring might not seem worth it, you can decide for yourself with the trailer below:

There isn’t any word on when it will release for the PS4 and Switch, but it is slated to hit both consoles sometime in the future.

What do you think? Did the trailer sell you on wanting to see the game look much more noir? Share your thoughts in the comments below.

If you perhaps haven’t played the second season, Batman: The Enemy Within you can find Twinfinite’s review of the first episode here.