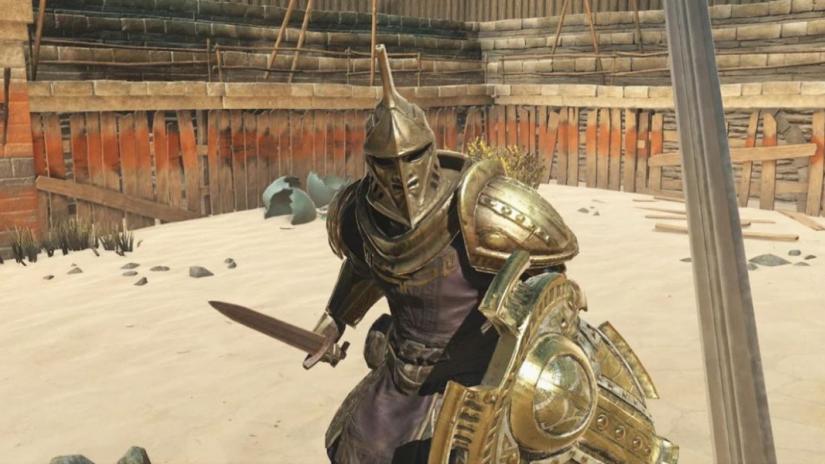 The Elder Scrolls: Blades had a bit of a rough launch, and it still isn’t available on the Nintendo Switch. However, a recent trailer and blog post detail the latest version of the game, Update 1.5, and all its long-awaited changes.

Update 1.5’s biggest addition is the community-requested arena. A staple of the Elder Scrolls franchise (and part of the first entry’s title), the arena serves as The Elder Scrolls: Blades’ main method of PvP. Two players enter; one leaves; best two out of three wins. And, the more victories players have, the more loot they earn, including shiny new weapons and suits of armor.

However, PvP isn’t Update 1.5’s only new social feature. Players can now form guilds with their fellow Blades, visit the towns of their guildmates, and trade items.

Of course, many gamers might argue that 1.5’s most important change is its overhauled loot system. For starters, chest timers are a thing of the past; whenever you find a treasure chest in The Elder Scrolls: Blades, you don’t have to wait several hours to open it.

Better yet, when enemies die, they bleed loot. Granted, enemies used to occasionally drop items in The Elder Scrolls: Blades, but they didn’t drop nearly enough. Now, their corpses explode into loot showers like digital pinatas, and players can also find special breakable objects that squirrel away extra goodies.

Of course, Update 1.5 also comes with quite a few spell and ability reworks and balances, such as reducing the damage of spells such as Fireball and Frostbite and increasing the bonuses of the Mettle and Maximum Power perks.

The Elder Scrolls: Blades Update 1.5 is already available on Android and iOS devices.