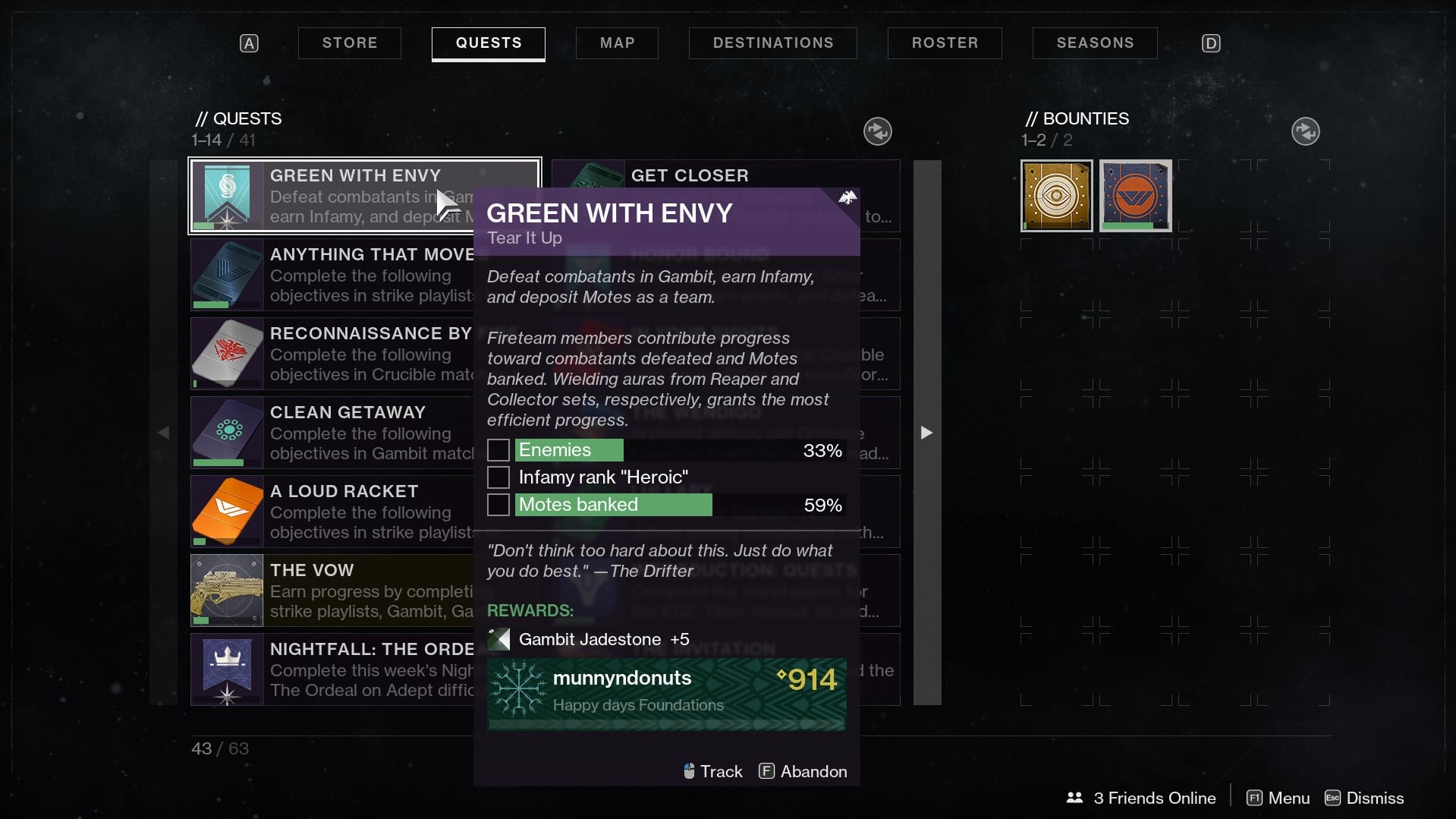 Just this past week, the Season of Dawn kicked off in Destiny 2, with a whole slew of new activities and quests to pursue in the game. Among them is Green With Envy, which is a Gambit-related quest that rewards you with a new shader and emblem. Here’s how to complete the Green With Envy quest in Destiny 2.

How to Complete Green With Envy in Destiny 2

The first part of the Green With Envy quest is called Tear It Up, and this shouldn’t be too hard to knock out. The objectives are as follows:

All three objectives can be cleared very easily just by playing Gambit or Gambit Prime matches, and this quest step will reward you with the Gambit Jadestone shader.

The second part of the quest, titled Show Off, is a little less straightforward as there seems to be some confusion and misinterpretation when it comes to the objectives. Here’s what you need to do, according to the game:

However, players are reporting that you actually need to reach Mythic rank in order to clear that objective, and not Fabled. In addition to that, it would appear that you don’t actually need a kill streak in Gambit.

Players have reported that you simply need to get 150 Guardian kills as a team, and that should count towards your progress. If, however, you’re fulfilling these objectives and the meters aren’t going up, it’s also possible that this is a bug with the game at the moment, as there are multiple cases of players reporting that they haven’t been able to clear this quest step either.

That’s all you need to know about how to clear the Green With Envy quest in Destiny 2 for now. Be sure to check our guide wiki for more tips and information on the game.