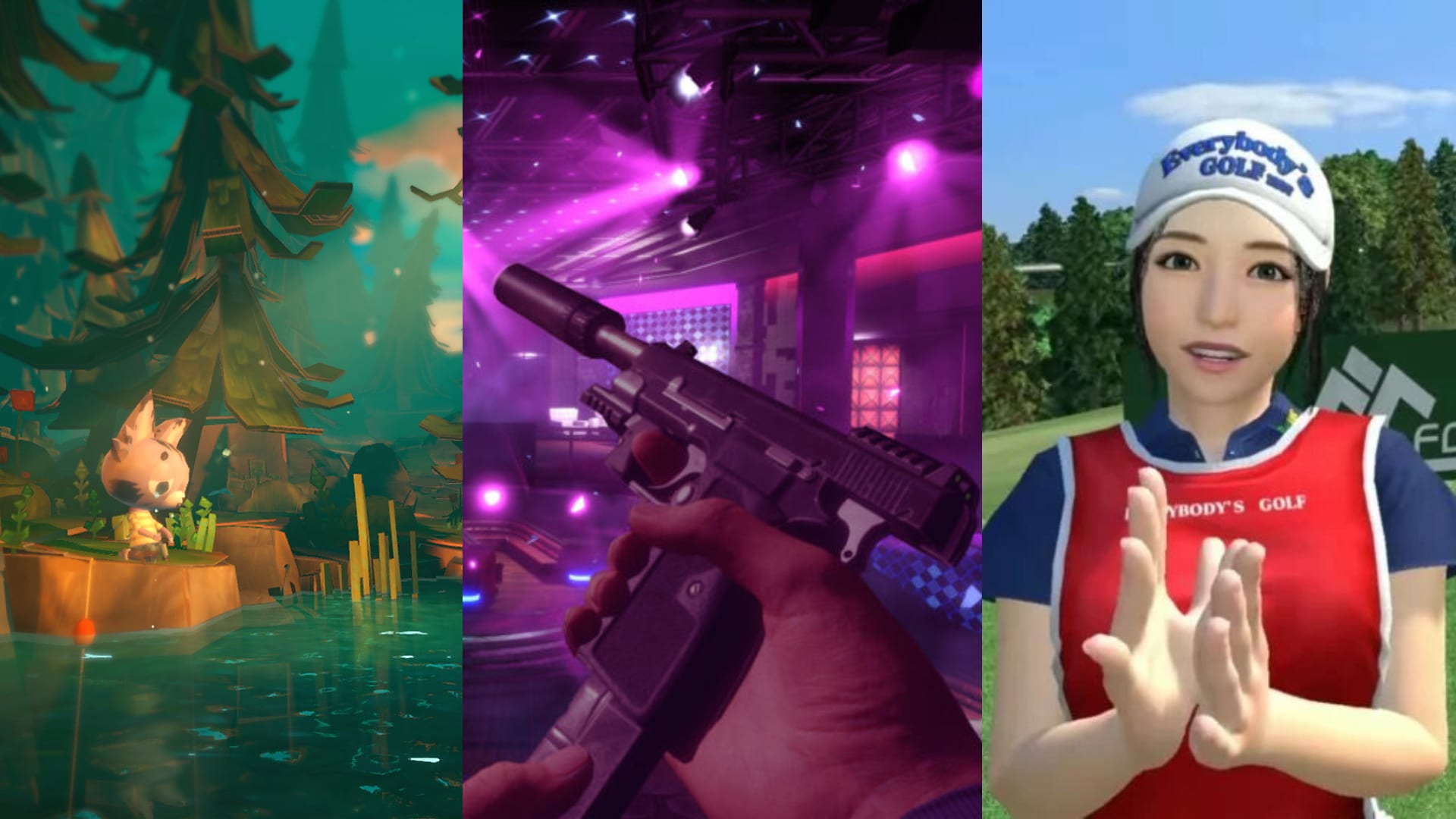 It’s award season here at Twinfinite! Today, we’re looking back at the best VR games of 2019. Voted on by our editors, these were the games that our team felt were the best experiences released for the various virtual reality headsets this year.

Let’s start with some honorable mentions, followed by our two runners-up, and of course, our winner.

Every conversation about the success or quality of virtual reality usually includes the criticism that there aren’t enough ‘complete game experiences.’ While gimmicky experiences are far from a bad thing, some of the full games are little more than altered version of existing titles.

Asgard’s Wrath, however, is an action RPG like any other you’d expect to see on PC and consoles. It’s tens of hours long, full of complex quests, features exciting and engaging combat, and has an incredibly deep and Norse inspired story.

You’ll make your way through the game’s multiple worlds, taking on enemies, finding items, and gaining access to more areas. All the while, you’ll be coming face to face with familiar characters and exploring a world that’s arguably the best looking on any VR headset.

Also, since Asgard’s Wrath was developed as a VR exclusive, if feels great to play, not suffering from any of the movement issues that the likes of Skyrim VR do.

On top of action RPG gameplay staples, the game makes the most of VR’s capabilities, adding different perspectives and features that wouldn’t be possible in any other medium.

All in all, Asgard’s Wrath is one of the most complete VR experiences around. It has new ideas and incorporates them into an action RPG with a well designed, compelling world and satisfying combat.

The return of Everybody’s Golf (previously known as Hot Shots Golf in other parts of the world) in 2017 was more than welcome. The combination of deep, challenging gameplay with a quirky, casual style makes it perfect for fans of the sport and anyone looking for just a bit of arcade fun.

The PSVR exclusive spin-off doesn’t have the depth of content that the main game does, and the creepy caddy moments may be off-putting for some, but it’s amazing quite how great hitting the fairways feels.

Once you get the hang of judging the wind, swinging straight consistently, and perfecting the spin, you genuinely feel like an accomplished golfer. Just as the base game does though, the balance between gameplay depth and how easy it is to pick up and play is spot-on.

It also helps that the game’s three courses are beautiful and well designed, allowing you to hit 300 yard drives while dinosaurs wander around in the background.

PSVR may be a platform that’s short on sport games, but Everybody’s Golf VR manages to stand out, even among the more unique VR experiences.

Cute platformers and adventure games have been some of PSVR’s highlights. The likes of Astro Bot Rescue Mission and Moss both combine beautifully designed worlds with bundles of personality and the ability to interact with the adorable starring character.

Ghost Giant does those same things, with a few tweaks in both gameplay and story telling.

The gameplay, while featuring some interesting puzzles, takes a bit of a back seat, with your relationship with Louis and his personality being the focus.

The story is tight, with you being led through various settings by Louis, and it is thoroughly heartwarming. Your new best friend may be a young boy, but Ghost Giant deals with some more adult themes, such as mental health, and it does so in a sensitive and genuine way.

Its writing is great, the way you can interact with Louis through scares and high-fives is unique, and the world is a joy to spend time in.

That connection, when combined with a story that’s easy to relate to, makes Ghost Giant one of PSVR’s best and a standout even among the other adventure game greats on the platform.

With the London Heist mission in PlayStation VR Worlds being a solid starting point, Blood & Truth proves that action movies are perfect for being told in VR.

The run and gun gameplay is great, the cheesy London set story is a lot of fun, and it’s more involving than almost any other game on Sony’s headset.

As you take on the city’s gangsters, you’ll be climbing up scaffolding, reloading and modding all manner of weapons, and leaping off various metal structures.

It’s exhilarating throughout, making you feel like a incredibly powerful action hero. It also makes use of all of VR’s strengths by utilising the effectiveness of height and speed, keeping your Move controllers flailing, and bringing you face to face with some great characters.

While Blood & Truth is a must play for PSVR owners, it’s exciting to think where Sony London can take the format with new stories and stunning new settings.