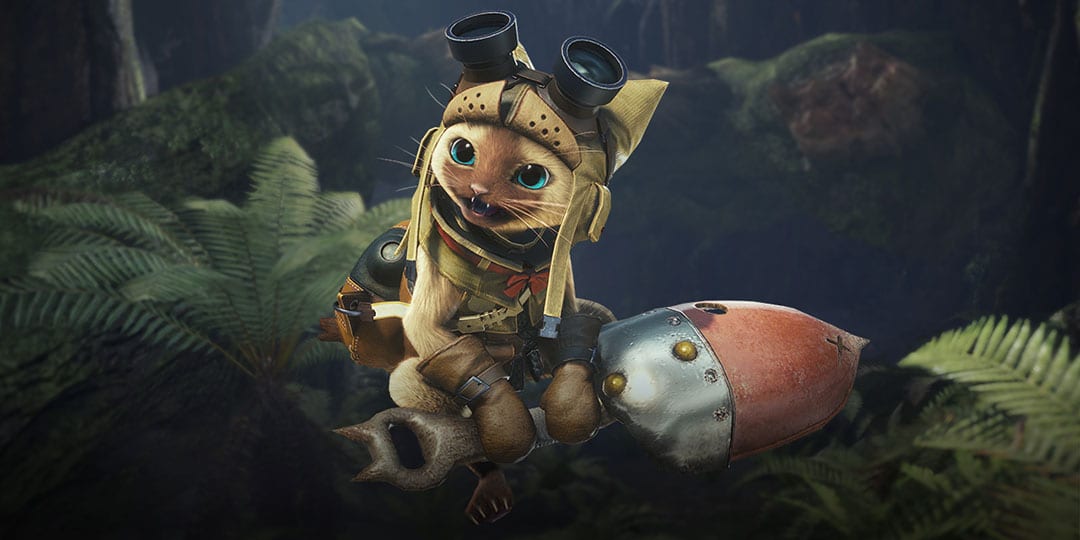 If you’ve ever been jealous of your cute Palico companions then you will probably adore this new mod that gives your hunter fluffy cat ears alongside an adorable tail… with wagging physics. You can finally live out your dream of being a cat instead of a boring ol’ human thanks to this Monster Hunter mod.

You can check out this mod right here at Nexusmods and you should know that you can also mod the colors of the ears to your liking –how neat is that!

Thank you to zStatykz for making our dreams come true… now only if someone can make a mod that turns me into a nice doggo.

Christmas may be over but the winter season is still going strong! This Christmas mod pack has so many holiday goodies for you to check out that it’s absolutely insane. You can fight Rudolph the Red-Nosed Reindeer once and for all, there’s a snowman costume for your Palico, very festive weapon skins, and whenever you die out in the field, the Palico carts turn into sleds instead!

This may sound crazy but it’s all real and you can go and try it out for yourself right here. You can thank AsteriskAmpersand for making Christmas fun and not stressful at all.

Are you a fan of the cult JRPG that was Xenoblade Chronicles back on the Nintendo Wii? Do you love using Shulk’s Monado in Super Smash Bros.? Well, if so, I have a very good Monster Hunter World mod for you that replaces some Sword and Shields and Great Swords with the iconic blade.

Not only can you use Shulk’s sword but you can also switch things up and check out Malos’ Monado from Xenoblade Chronicles 2.

You can check this mod out right here.

This Pit mod for Monster Hunter World might be the closest we’ll get to having an actual sequel to Kid Icarus: Uprising and it’s really sad but it does look pretty cool.

This mod replaces the male Gala Suit armor with Pit from Kid Icarus or even Dark Pit if you prefer the edgy bad boy counterpart. There’s also some voice excerpts from Uprising and Smash Bros. so it really feels like you’re playing some sort of monster-hunting Kid Icarus game from Capcom.

If you’re a fan of the anime arcade fighting series, Guilty Gear, then you should be happy to hear about this mod that brings in Jack-O’ into the world of Monster Hunter.

Jack-O replaces the Ciri set and she even has animated eyes, hair physics, a custom slinger, and a 2D shaded look that makes her look extremely jarring but very anime at the same time.

You can check out this mod right here.

If you’re on the lookout for even more awesome Monster Hunter World mods, you can check out our guides from November, October, and September.