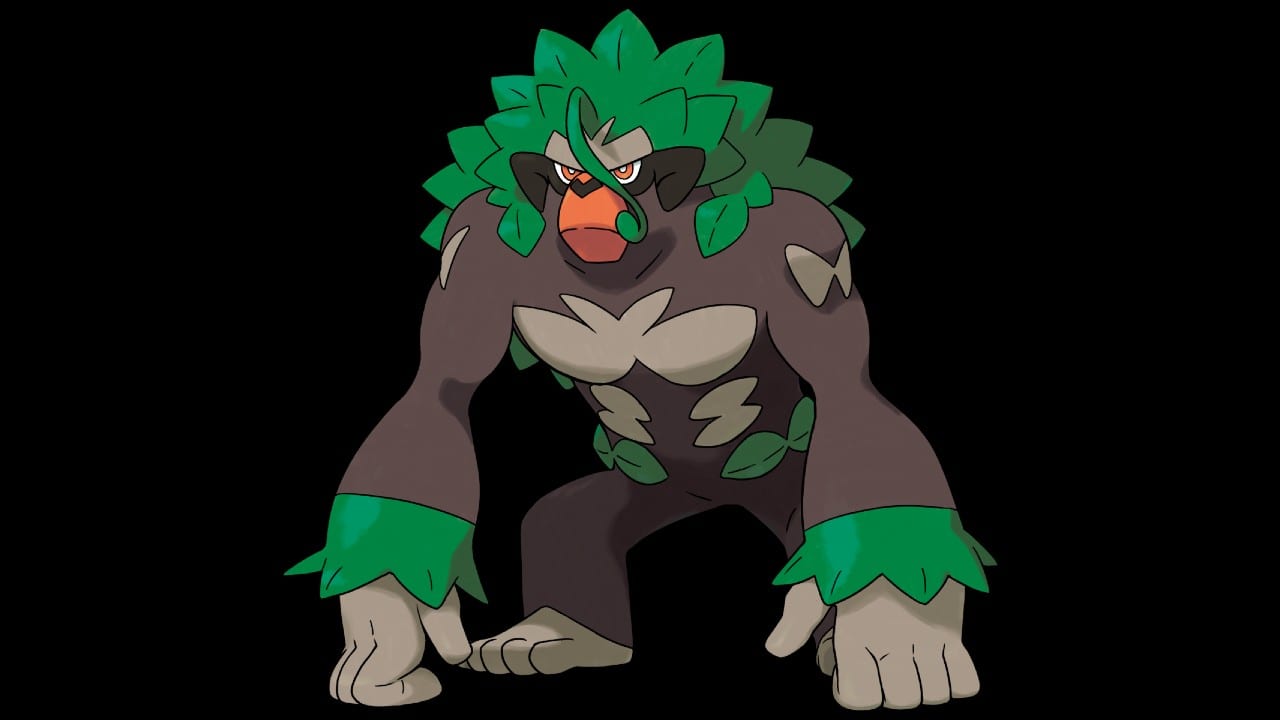 We’re kind of scraping the bottom of the barrel a little bit to kick this list off of the best Grass Pokemon in Sword and Shield but Tsareena does have a few things going for it thanks to its colorful movepool and interesting signature ability.

Tsareena has access to Rapid Spin, Knock Off, Hi-Jump Kick, Power Whip, Dazzling Gleam, and Synthesis to name a few good ones. Its ability, Queenly Majesty, prevents the effects of priority attacks which is a nice little perk.

Slap that all together and you have at least an interesting Grass Pokemon with formidable 120 Attack stat and 98 Defense and Special Defense.

Ludicolo isn’t necessarily the most powerful Grass Pokemon in the game but it’s certainly one of the most annoying. Just look at him, he was built to troll you.

Ludicolo is a great stall Pokemon under the effects of Rain. It can use Rain Dish, Leftovers, Leech Seed, Protect, and Giga Drain to simply outlast an opposing Pokemon that is under some kind of status affliction like Poison.

It can be very hard to break Ludicolo once it’s set up, and if you want to bore your opponent into fainting, Ludicolo is worth a look.

A staple of the fourth generation of Pokemon, Roserade is still a halfway decent Grass type in 2019, albeit overshadowed by a lot of other Pokemon that would fill a similar role.

It’s a fairly simple Pokemon to use, pick a powerful STAB move for its dual typing of Grass/Poison such as Leaf Storm and Sludge Bomb. Pick some support moves, and call it a day. Its stats are distributed across Special Attack, Special Defense and Speed, so avoid physical sweepers.

Although it’s not the best user of Technician, it also has that as an ability option if you wanted to play around with it.

Rillaboom is a powerful, hard-hitting monotype Grass Pokemon that’s held back a bit by its Speed. If it had its Hidden Ability, Grassy Surge, which would summon grass terrain on switch in it would likely be higher up on this list as that would be a fairly unique niche. Until then, Rillaboom is very straightforward to use.

Take advantage of its diverse physical movepool which includes Woodhammer, Superpower, Knock Off, High Horsepower, U-Turn and more. If a bulky physical hitting Grass type is what your team needs, you can do a lot worse than Rillaboom.

Keep an eye out for when that hidden ability is released though.

Appletun is similar to Ludicolo in a way in that it seems designed to annoy the crap out of opposing players with access to lots of recovery moves, and it also has great defensive typing and natural tankiness to take a beating.

You can go with either Thick Fat to add resistance to Fire and turn the crippling 4x Ice weakness into just a regular 2x one; or you can opt for the evolutionary line’s signature ability, Ripen, which doubles the effect of berries. Personally though we think it might be a better fit on the other Applin-line Pokemon…

Flapple is the attacker of the two lines sporting respectable 110 Attack and 95 Special Attack stat lines while still hanging onto the defensively strong Grass/Dragon typing.

Grave Apple is a handy new move that not only hits hard, but also lowers the defense of the opposing Pokemon, making it risky to stick around with Flapple for too long.

It really needs to take advantage of Dragon Dance and Ripen/Hustle though to hang because it’s Speed stat is too low at 70 to be a sweep threat until it pumps those numbers up.

Ferrothorn has incredible defensive typing with Grass/Steel, and only truly fears Fire attacks. It has Iron Barbs which can be paired with Rocky Helmet to make even attacking Ferrothorn a painful experience.

It can lay down all kinds of hazards such as Spikes, Stealth Rock, and Leech Seed and Paralyze with Thunder Wave.

Fighting Ferrothorn truly is a miserable experience and must be accounted for when you’re building your team of Pokemon for ladder/ranked play.

That does it for our choices of the best Grass Pokemon in Pokemon Sword & Shield. What are your favorites? Let us know in the comments below.

For more tips and tricks, be sure to check out our Pokemon Sword and Shield wiki guide.