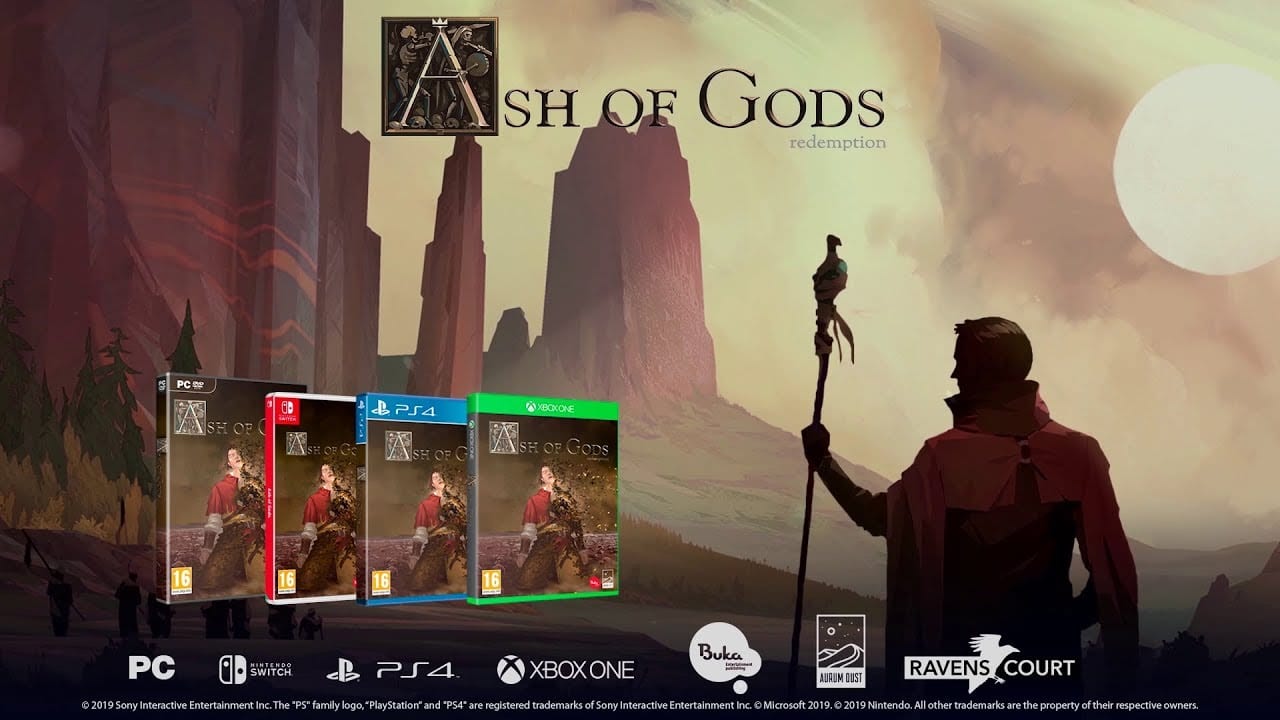 Ash of Gods: Redemption’s console launch finally has a release date. The tactical-RPG will be available as both a physical copy and digital download early next year, Jan. 21 on PS4, Xbox One, and Nintendo Switch. It has been out on PC via Steam since mid-2018.

For the uninitiated, Ash of Gods is a turn-based RPG set in a dark fantasy world. It features non-linear storytelling via a branching dialog and a choice/consequence narrative, which offers players multiple endings.

The game is presented in a compelling art style that uses rotoscope technology to bring combat animations to life, in which live actors are filmed and drawn to create life-like 2D movement.

You may also recognize the style of music in the below trailer, which has been written and composed by Adam Scorupa and Krzysztof Wierzynkiewicz, two individuals best known for their work on The Witcher franchise.

Combat, meanwhile, is a deep, tactical experience that is typical of its genre but built in a way that is said to challenge players with a risk/reward design.

You can check out some screenshots below and today’s trailer below that.

In other recent fantasy RPG news, Bethesda teased some sort of Skyrim-themed announcement coming to The Elder Scrolls Online during The Game Awards 2019.