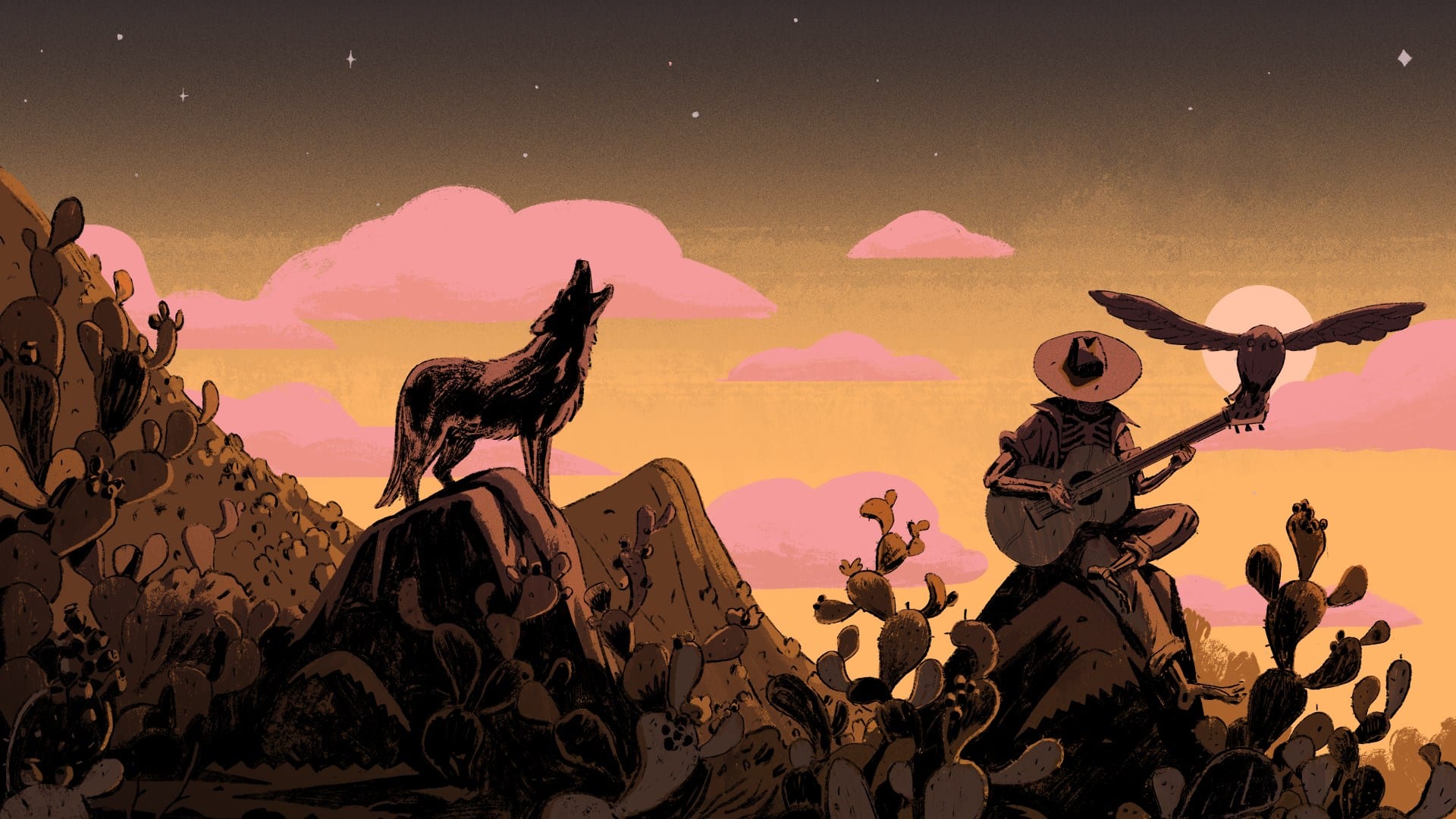 Where the Water Tastes Like Wine, the 2018 narrative-driven indie adventure title, is finally coming to PlayStation 4, and players won’t have long to wait until it releases.

In a post to the PlayStation Blog on Nov. 8, developer Dim Bulb Games’ creative director Johnnemann Nordhagen announced that a port of the game was set to release digitally on Sony’s console on Dec. 2.

The game will feature fully voice acted characters with their own story for you to hear and learn, all while you wander the land due to a curse placed on you by a mysterious wolf-like being.

Nordhagen describes the game as follows:

Where the Water Tastes Like Wine is a game about wandering Depression-era America, collecting stories ranging from tales of terrifying ghost children to the legend of Pecos Bill. After gathering these tales, you’ll share them across the campfire with the characters you meet. The game has 16 different characters, and in a unique twist, each was written by a different writer.

Originally released in February of 2018 on PC, Where the Water Tastes Like Wine garnered general praise from fans and critics alike for its immersive storytelling and top of the line writing. It went on to win the Developer’s Choice Award at the 2017 Indiecade festival, with a slew of nominations from other organizations and events.

However, the game also experienced difficulties in terms of sales, so much so that Nordhagen spoke publicly to the challenges of selling games with strange or new concepts. More on that can be found through a post-mortem of the title Nordhagen shared via a post to Medium.