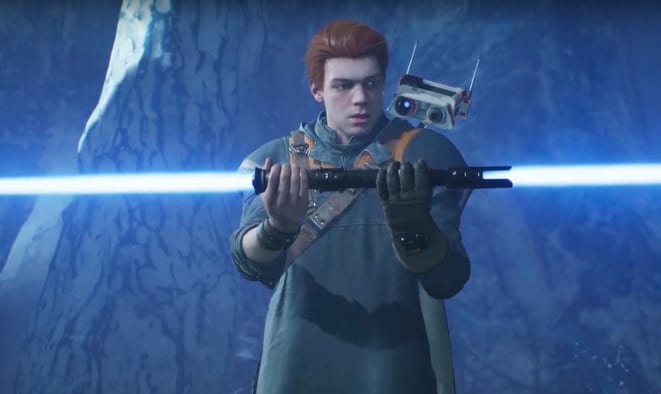 Respawn Entertainment’s Star Wars Jedi: Fallen Order is painfully close to its launch date, and the developer is celebrating that fact with the release of two new trailers for the game.

During Microsoft’s XO19 event livestream, Respawn kicked off the festivities with the reveal of two new trailers for Fallen Order.

The first trailer provides a live-action twist on the game’s subject matter. In it, fans recreate the action and excitement available in the game, diving and slicing their way through a factory setting.

That trailer can be found below.

The second trailer is more focused on gameplay straight from Fallen Order. In it, the game’s protagonist Cal Kestis can be seen unleashing his full force abilities, lightsaber mastery and parkour skills in tandem, pulling ships out of the sky and slicing his way through enemies in tandem.

Most alluring of all, however, is the reveal of a double-bladed lightsaber Kestis, and by extension players, can use for themselves.

It’s a sight to behold, and the trailer will be added below just as soon as it becomes available.

Star Wars Jedi: Fallen Order is set for release on Nov. 15 on PlayStation 4, Xbox One and PC. For more on all of the news coming out of the XO19 event, stay tuned to Twinfinite.net for all of our latest coverage.