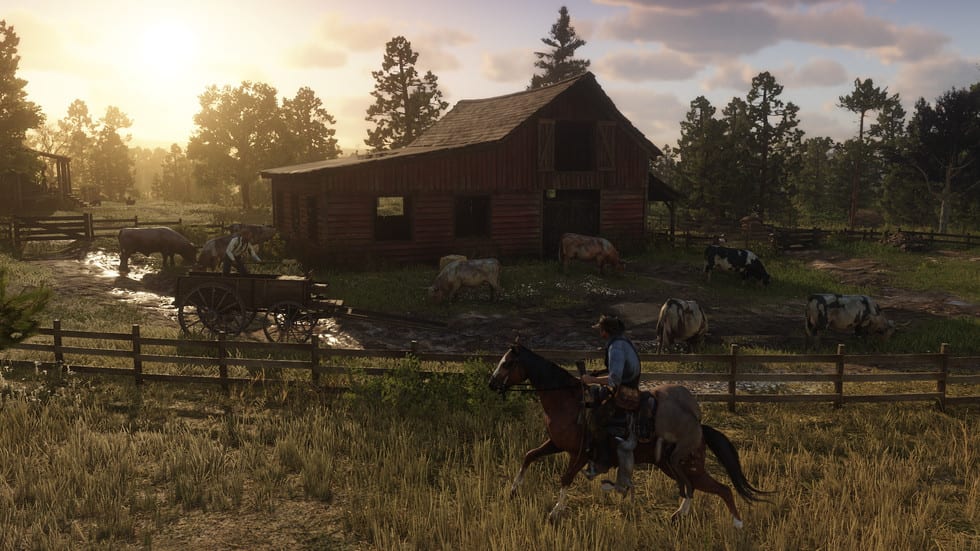 Unfortunately, at this moment in time, it doesn’t look like Red Dead Redemption 2 features any sort of cross-platform play. Even with the release of the game on PC, Rockstar still hasn’t made any announcement regarding PS4 and Xbox One players being able to play with this new section of wannabe cowboys, or with one another for that matter. For now, you’ll be stuck with playing with others on the same platform as you.

While this may come as disappointing news, that’s not to say that the game won’t get cross-play functionality in the future. Many games have released updates to enable the feature such as Fortnite, Rocket League and more, so it may just be a case of waiting and keeping your fingers crossed.

Cross platform play in RDR 2 would only affect Red Dead Online. This gives players the entire map to explore at their own leisure. They can take on missions with other players and get up to all kinds of general western tomfoolery.

Of course, as soon as any announcement is made regarding cross-play in coming to the wild west, we’ll be sure to update this post and let you know.

That’s all you need to know about cross platform play in Red Dead Redemption 2. Be sure to search for Twinfinite or check our huge guide wiki for more tips and information on the game.

Here are some relevant guides to get you started: