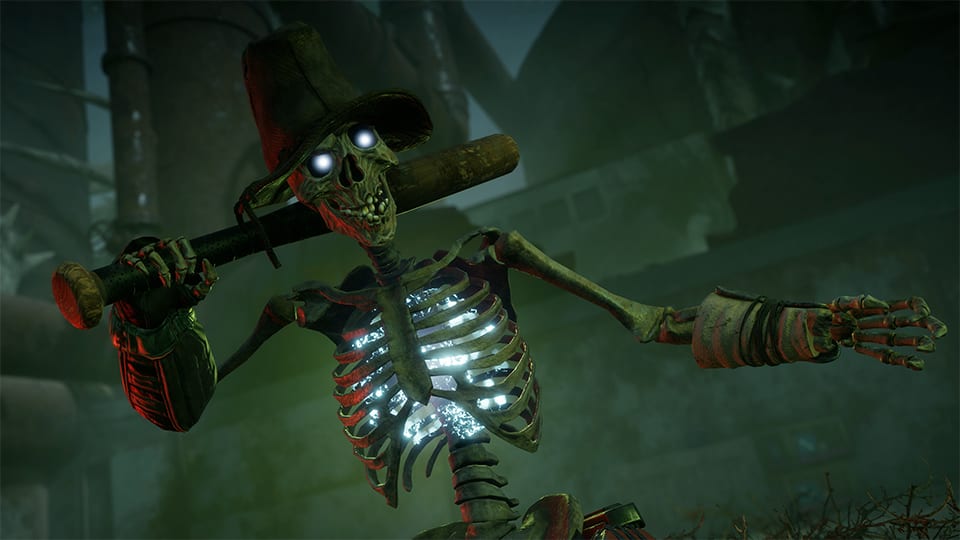 The second expansion for Bethesda Softworks’ first-person shooter Rage 2 is out now for PC, PlayStation 4, and Xbox One.

Called TerrorMania, the Rage 2 DLC takes place in an alternative dimension with new and familiar locations, such as Wellspring (Hellspring) and Overgrown City (Overbone City), which can be visited again after the DLC story has been completed.

Main character Walker must find a way to close the hellish dimension by tracking down fragments of “the shattered NecroDisc” and the Sword of Transitus, a new melee weapon that boasts “unlocking pathways between worlds” and a charged-up arc attack.

Players will be able to fight undead versions of “the Goon Squad, Immortal Shrouded, River Hogs and Abadon Muties,” according to a blog post Bethesda revealed on Halloween.

The TerrorMania DLC is out now for PC, PlayStation 4, and Xbox One and can be downloaded from the Rage 2 in-game store for 500 RAGE Coins, or $5.

The expansion also has a deluxe version for 1,750 RAGE Coins, which contains the expansion itself, the Cult of the Death God mission, the Reaper Assault Rifle weapon skin, the Wasteland Celebrity Phoenix vehicle skin, and the Mutant Monster Truck vehicle skin.