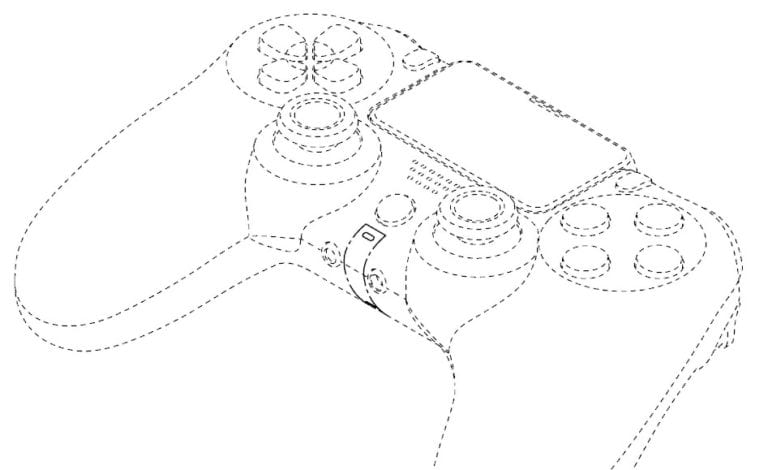 A patent filed today by Sony features a rendered image of the new DualShock design for the PS5. While its appearance is obviously subject to change moving forward, what we’re seeing in the patent image certainly matches Wired’s description of the controller during its hands-on last month.

As you can see below, it’s very similar to the DualShock 4 controller, featuring the same touch-pad and overall button layout. What is noticeable is the slightly thicker, more circular design, larger triggers, slightly smaller sticks, a USB port, and no light bar.

The larger size can probably be attributed to its haptic feedback and “adaptive triggers,” which offer resistance to simulate things drawing a bow for a shot. Wired’s hands-on also noted new rumble and audio improvements, too, which again might necessitate more internal space and, therefore, a bigger controller.

Still, we know from Wired’s hands-on preview that Sony product manager Toshi Aoki is confident the final version will be lighter than the current Xbox controller, even with batteries included.

With respect to how these new controller features impact the gaming experience, Wired noted that the new controller definitely improved immersion. It explains that “Sand felt slow and sloggy; mud felt slow and soggy. On ice, a high-frequency response made the thumbsticks really feel like my character was gliding. Jumping into a pool, I got a sense of the resistance of the water; on a wooden bridge, a bouncy sensation.”

When Wired played a Gran Turismo Sport demo first using the new controller and then the PS4 one, it noted the “sensation disappeared entirely.”