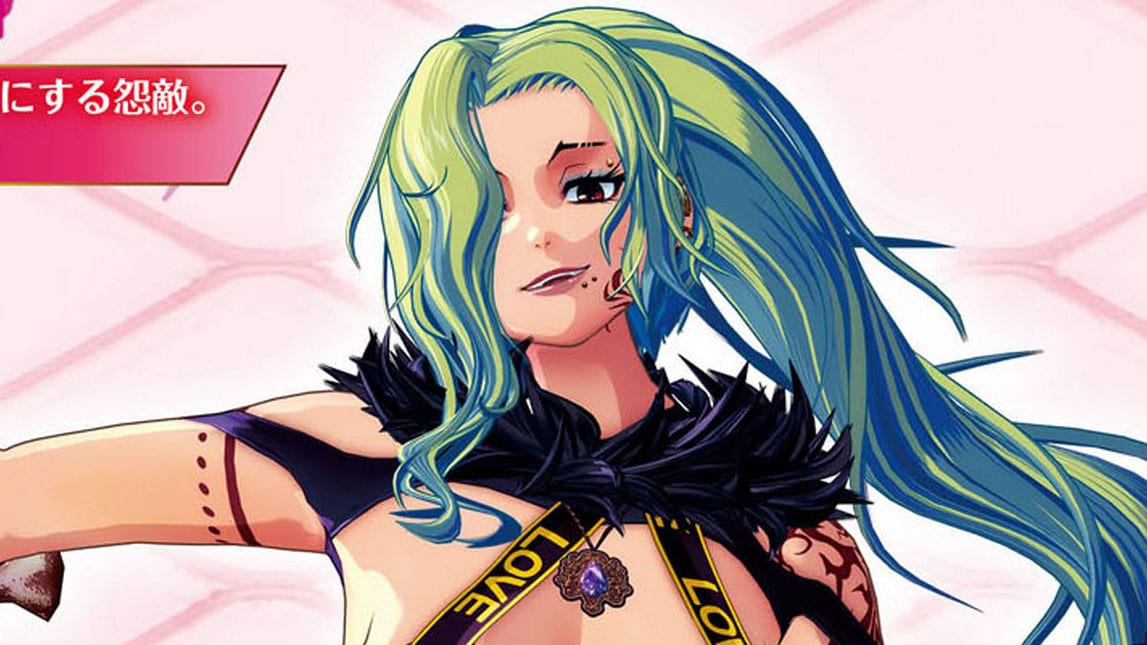 First of all, we get to see the new design for Eva, a woman who is said to have killed Aya and Saki’s mother. Using her strong body, she can easily wield a giant sword that is as tall as she is. Her attacks are super-powerful and very flashy and her description literally defines her “Dynamite Glamour.”

Next, we get to see Aya and Saki in her ultimate berserk mode. In this mode, their attack power will increase. On the other hand, their energy gradually decreases, but this is halted by hitting enemies which recovers energy, allowing you to preserve your berserk mode longer. In other words, when in this state, attack is the best defense.

Incidentally, Eva used to be the final boss of Zombie Hunters 2, and she actually becomes playable in that game by beating her in hard mode. No information has been provided about this for Onechanbara Origin, so I guess we’ll just have to defeat her and see what happens.