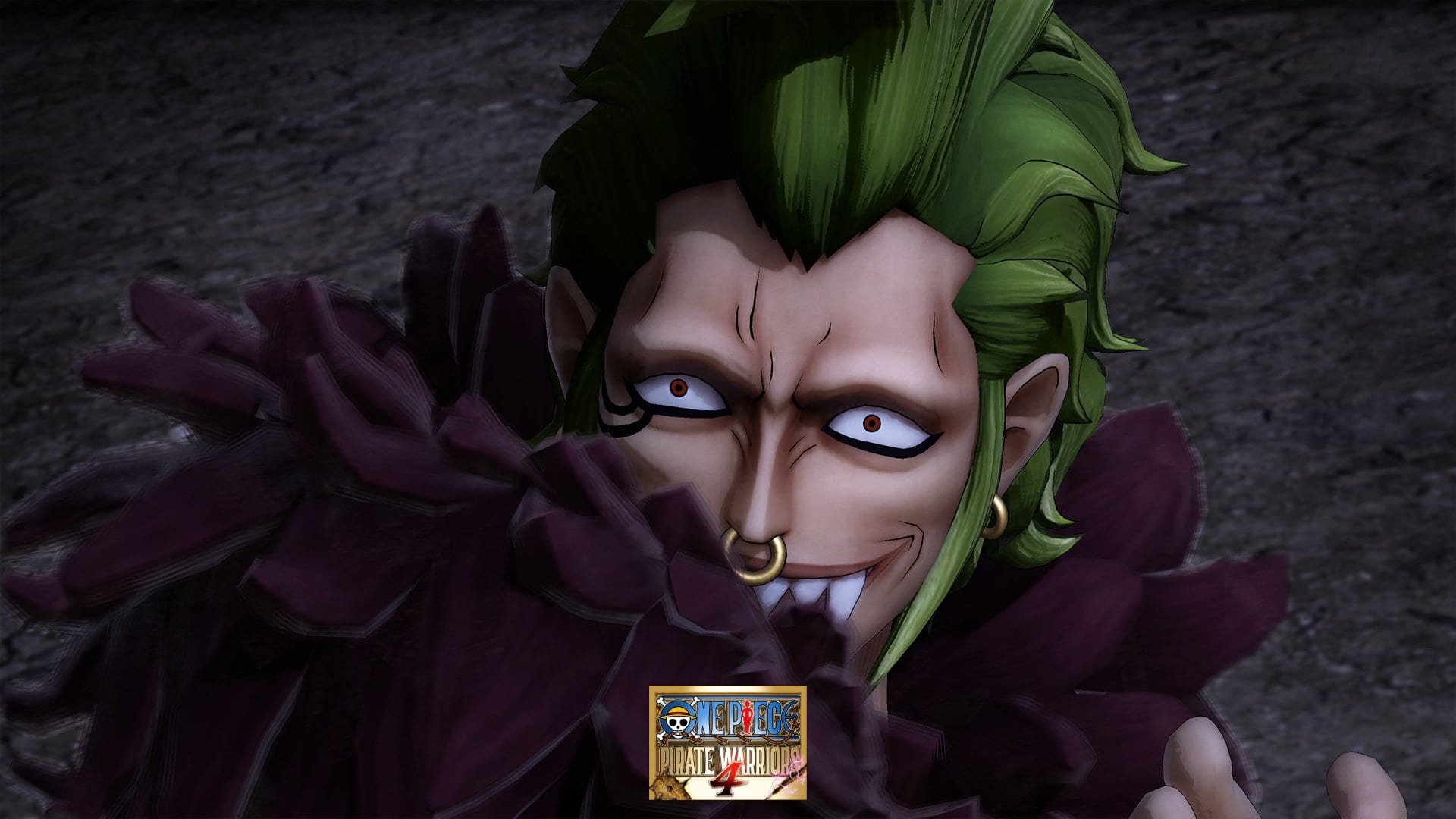 The screenshots, which were released on Twitter, showcase two captains that will be playable in the game at release, Cavendish and Bartolomeo.

“Two more pirate captains will join the crew in One Piece Pirate Warriors 4: Cavendish of the White Horse and Bartolomeo the Cannibal will bring deadly charm and indestructible barriers to the fight!”

Following Bandai Namco’s reveal pattern, we’re likely to get a trailer showing them in action tomorrow. Of course, we’ll post it here on Twinfinite if it does happen.