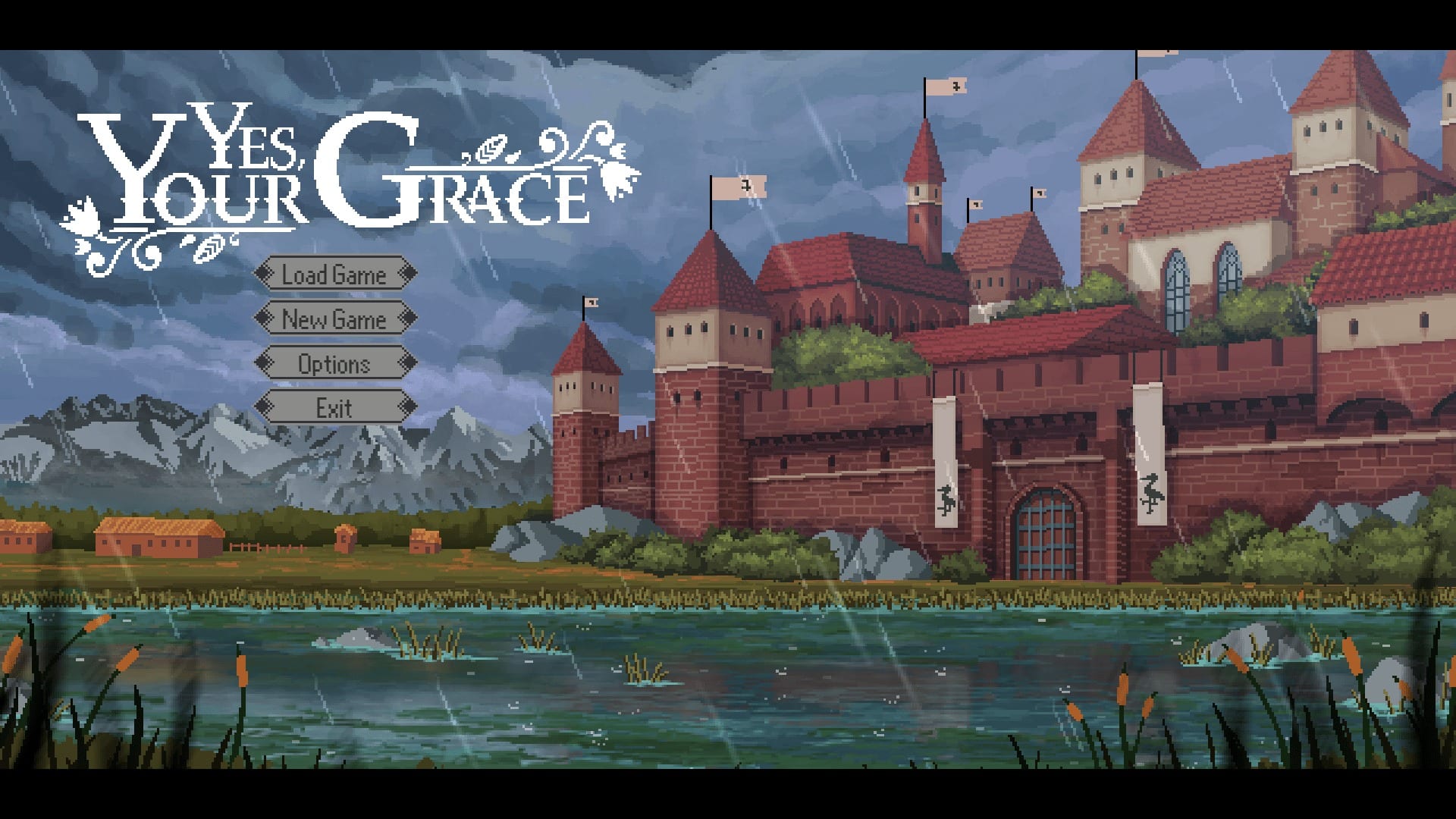 After a long silence, Yes, Your Grace, a Kingdom Building simulator first Kickstarted way back in 2014, resurfaced last month with a new trailer. Now, the game’s nearing completion and developer Brave at Night is inviting interested parties to take part in its Steam open beta that begins next week, Nov. 15.

If you’re not up to speed with Yes, Your Grace, it’s a management sim set in a fantasy kingdom based on Slavic folklore, all animated with extremely pretty pixel art.

From the hot seat of a King’s throne, your task is to listen to your advisors and hear the pleas of your servants, carefully choosing which to listen to and which to ignore. Rebuilding damaged city walls, dealing with pesky monsters, and listening to the woes of low-born villagers make for your daily routine.

It’s a story-driven experience with a choice-based dialog system, and each of your decisions has a knock-on effect that shapes the outcome of the overarching narrative.

If you’re interested in signing up, you can do so over on the Yes, Your Grace Discord channel.

You can check out the game’s recent trailer below.

Yes, Your Grace’s full launch is planned for 2020, coming to both PC and consoles.