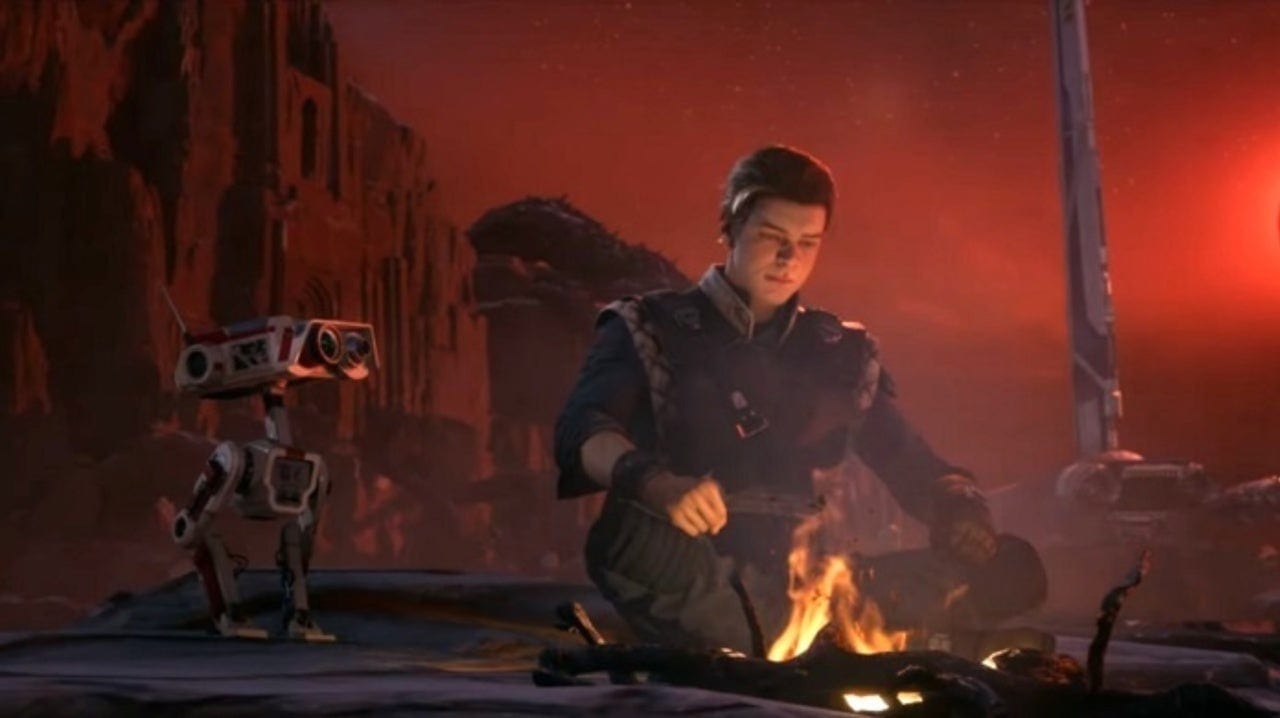 Cal’s adventure in Star Wars Jedi: Fallen Order takes him to a bunch of different planets. Each one has its own obstacles you’ll need to navigate to uncover all of the secrets it’s got tucked away. Double jump, known as the Jedi Jump in the game, is one such ability that you’ll need to unlock in order to see everything each planet has to offer. Here’s how to double jump in Jedi Fallen Order.

How to Unlock and Use Double Jump in Jedi Fallen Order

The good news is that you can’t miss unlocking double jump in Fallen Order. Unlocking it comes as part of the story, in the same flashback way that you unlocked Wall Run before it.

The flashback to unlock your double jump (Jedi Jump) ability occurs the second time you got to Kashyyyk, after Tarfful has been found. Simply progress through this part of the story, making your way up the enormous Origin Tree, and you’ll eventually trigger the flashback.

During the flashback, all you’ll then need to do is use double jump to make your way to the different platforms your Jedi Master raises. Do this and you’ll eventually be sent back to Kashyyyk. You’ll have successfully unlocked double jump.

Using Double Jump is incredibly easy to do. Simply press A on Xbox One/ X on PS4/ Space on PC twice to do a double jump. In other words, press the jump button twice.

Double jump is mainly used for crossing large gaps in the platforming sections of Fallen Order, or to help you get that little bit of extra height when wallrunning so you can keep it going for longer.

That’s everything you need to know on how to double jump in Jedi Fallen Order. Head over to our guide wiki for more tips and tricks. Alternatively, you can search for Twinfinite or have a browse at a few more of our guides below.