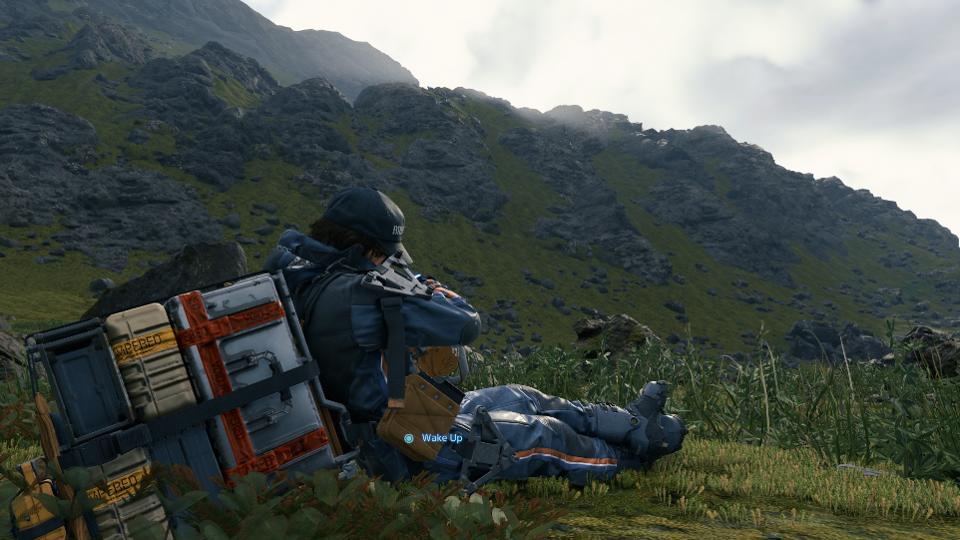 Developed by Kojima Productions and created by Hideo Kojima, Death Stranding is a very story-heavy game, especially in its final chapters. Here’s what to do on Amelie’s beach in episode 13 of Death Stranding.

Do be warned that this article contains major spoilers for the story, so don’t read on if you haven’t already played up to this point.

In the final arc of Death Stranding, Sam will be tasked with going to Amelie’s beach to try to talk her out of destroying the entire world. When you first reach there, it won’t be clear exactly what you’re supposed to do.

First, start running along the coast of the beach and you’ll eventually trigger a cutscene. After that, you’ll be given a gun as Amelie continues walking out into the ocean. At this point, it would appear that you have a choice between sparing and shooting Amelie.

However, there isn’t really a choice to make at all. To progress the story, you need to holster the weapon by pressing right on the d-pad, then run towards Amelie. Once you’re close enough, you’ll see a button prompt onscreen. Press the R2 button to hug her, and you’ll be able to continue the story.

After that, along with a few more scenes, you’ll be back on Amelie’s beach. Keep running along the coast to trigger more cutscenes to see the rest of the story.

To recap, here’s what you need to do on Amelie’s Beach in Death Stranding:

That’s all you need to know about what to do on Amelie’s beach in Death Stranding episode 13. Be sure to check our Death Stranding guide wiki for more tips and information on the game.