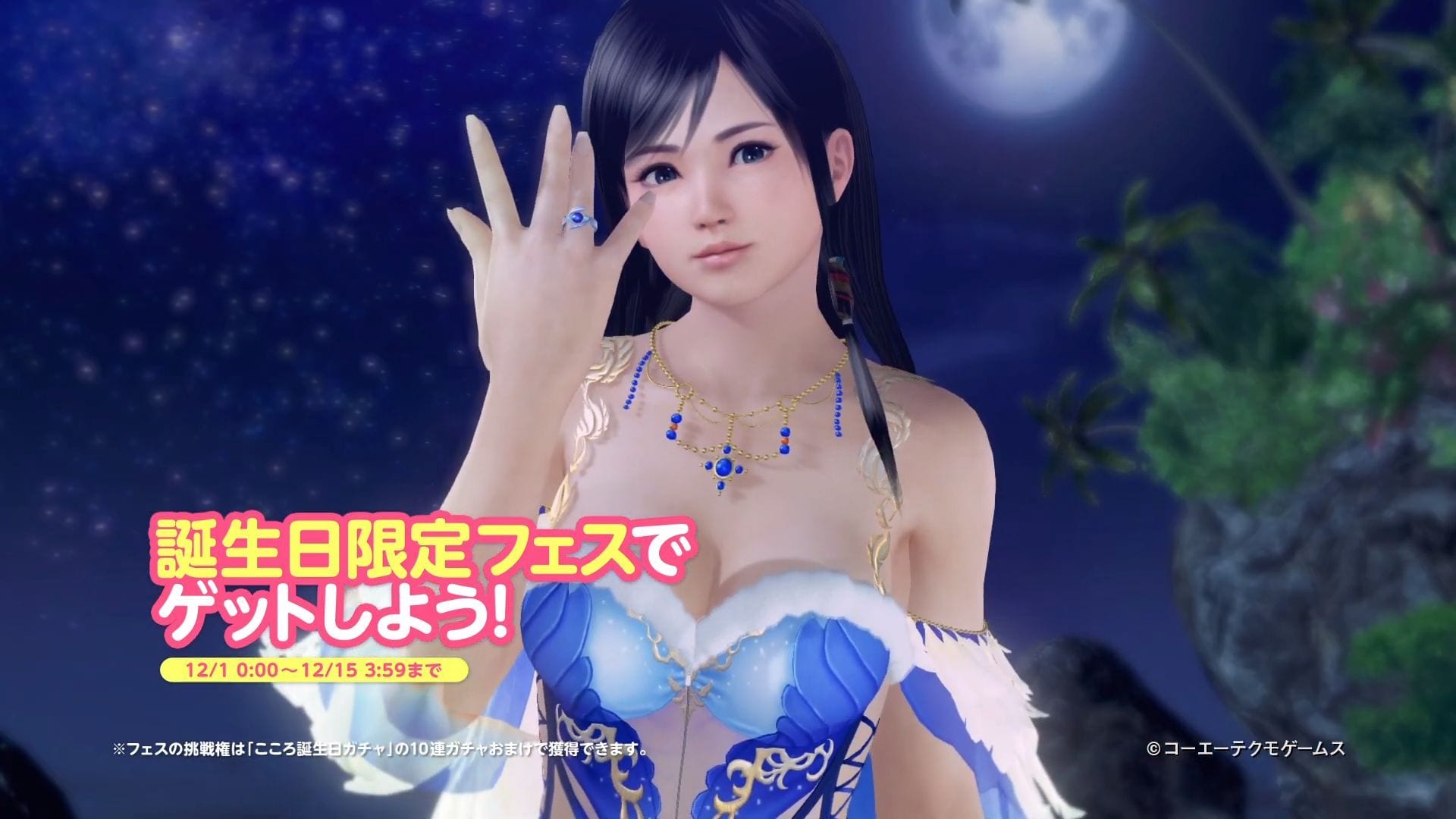 Today is already December 1 in Japan, which means that Dead or Alive Xtreme: Venus Vacation is celebrating Kokoro’s birthday.

If you’re wondering what the celebration entails, you’re likely not familiar with the game. It’s also not very different from a real birthday. It involves players spending money in a paid-only gacha to try and get a new SSR costume with abysmal chances of success.

This has pretty much continued for two years, so that’s not surprising, even if lately DMM and Koei Tecmo implemented a slight twist with Nyotengu’s “special day” (she’s not human so she doesn’t have a birthday).

By using the birthday cake that comes with your paid gacha, you can enjoy  a special series of matches you can unlock a special event which will award you with a ring and a decobromide for Kokoro.

Keep in mind that this is valid only for the Japanese version of the game via DMM. The Steam version in English is behind in content by approximately a year, so it’s rehashing last year’s birthday event instead.