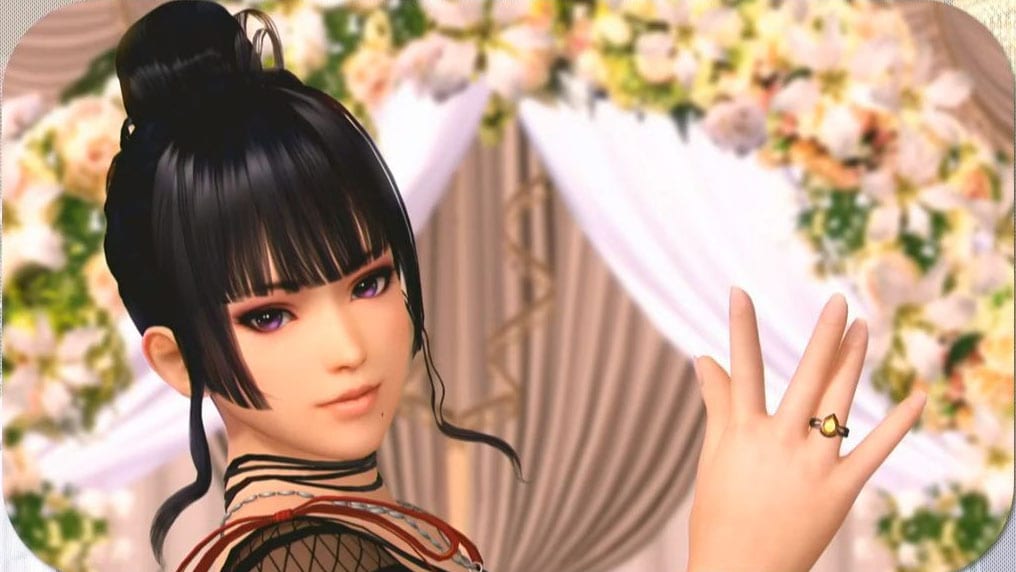 Today Koei Tecmo hosted a livestream dedicated to Dead or Alive Xtreme: Venus Vacation providing some interesting news about the game’s near future.

Starting on November 14 we’ll get a second-anniversary gacha including almost all the girls (excluding the latest addition Monica) with two different outfits which will also be destructible.

On top of that, we’re getting new furniture and the implementation of the ability to visit your friends’ owner rooms.

Last, but certainly not least, more news and surprises have been teased starting on November 14. The teaser image shows Nyotengu wearing a ring. At the moment, no further information was provided, but a possible theory is that Dead or Alive Xtreme: Venus Vacation might be going the Azur Lane way, letting players giving the girls wedding or engagement rings.

That beind said, something is a bit off because in Japan wedding and engagement rings normally go on the left hand (when they’re worn at all), and Nyotengu is wearing hers on the right hand.

As usual with these livestreams, there also was a totally rigged real-life gacha in which the hosts drew prizes that all players are going to receive with the next update.

We’re getting the November SSR ticket that will let you get a random SSR outfit between those portrayed in the last screenshot of the gallery below, a normal SSR ticket, 5 VIP coins, 1000 medals to purchase furniture, 5,000 V-stones, and more minutiae.

Do keep in mind that this is only related to the Japanese version of the game. The English version on Steam is one year behind in content.