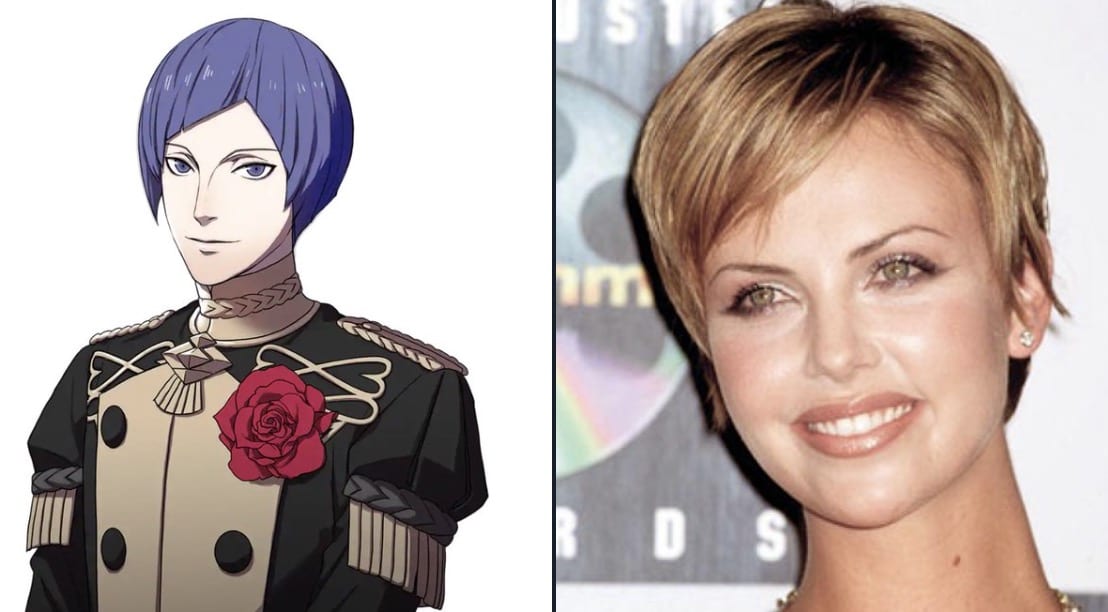 You probably remember the actress Charlize Theron for her roles in Monster, Snow White and the Huntsman, Prometheus, and Mad Max. She’s a wonderful and talented actress who has gone through so many different looks and hairstyles over the years. Hairstyles that somehow reminded someone that she has literally looked like most of the characters from Fire Emblem: Three Houses at one point or another.

Which brings us to one of the best threads on Twitter that I have ever laid my eyes upon. I thank you, @whoisjdan! You have done the work of many.

First off is Hubert. It’s scary how someone as so pretty as Charlize can be compared to someone as terrible as Hubert.

Who doesn’t love Mercedes! And just like Sylvain, she looks like an absolute heartbreaker in that second photo.

The “can I speak to your manager” haircut is in full effect here. Also, that Fire Emblem Dedue look is very stylish and clean

Oh, Manuela. What else is there to say about that scantily clad professor. Theron should definitely play her in the live-action film adaptation of the strategy game that is never going to happen.

Theron’s Catherine look is pretty good but I cannot say the same for our boy Lorenz down there –yikes. More like Fire Emblem: Bad Haircuts.

Who knew that Charlize Theron and Fire Emblem: Three Houses had so much in common? I sure didn’t.