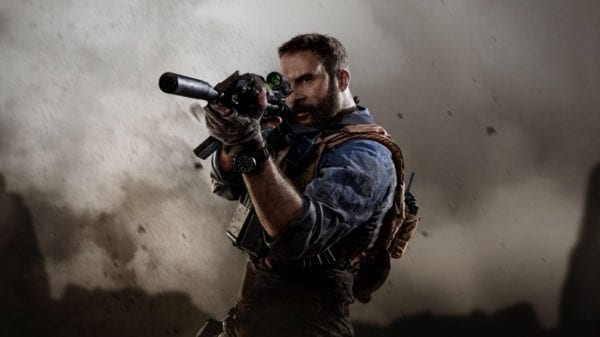 Just released today, Nov. 22, is the newest patch for Call of Duty: Modern Warfare bringing with it a whole host of gun balances and bug fixes, but also new modes that can be enjoyed as soon as the patch is installed. The patch itself is definitely on the bulky side, coming in at over 15GB for PC/Consoles.

For Spec Ops, there are three new additions coming in, two of them being normal operations named Harbinger and Brimstone with the third being placed under the label of “Classic Special Operations” called Door Kick. Door Kick involves a three star rating system, just like Modern Warfare 2 featured in its own Spec Ops missions a decade ago.

As for multiplayer, they are giving more with Realism mode. Realism will now be “Realism Moshpit” taking the no-HUD/crosshair blueprint into other modes besides Team Deathmatch with Domination, Hardpoint, Headquarters, and Kill Confirmed.

New multiplayer mode added in this patch is Gun Game, a mode that originated in Call of Duty: Black Ops 1 as a wager match and has been included in many games since.

For those unfamiliar, Gun Game is a free-for-all match where there are no loadouts and used weapons follow a tier system. Whenever the player gets a kill, they advance a tier to the next weapon all the way to the end that is presumably a melee weapon for a little added difficulty. The mode does have a penalty system, being killed by an opponent’s melee attack means you fall back to the previous tier.

The full patch notes can be found here.

If you’re looking for a little boost to your Call of Duty: Modern Warfare experience, check out Twinfinite’s guide wiki for the game.