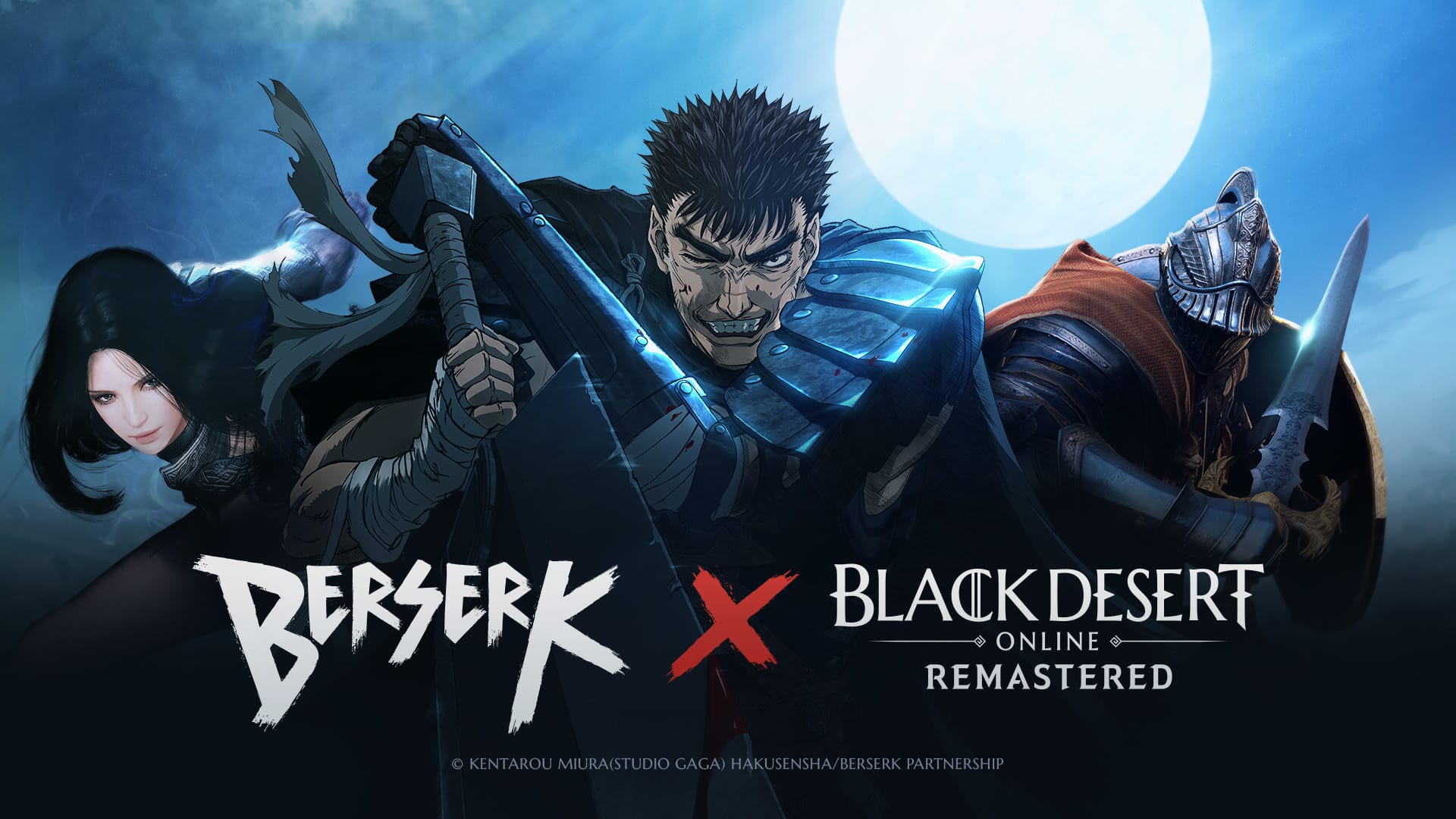 From Nov. 20 until Dec. 6, the grim fantasy world of Beserk comes to Black Desert Online with new themed quests, bosses and items. The quest-line culminates in a confrontation with a truly legendary foe, the fierce demon Nosferatu Zodd.

Additionally, new outfits and skins for the fairy companion have been added to the Pearl Shop, allowing players to evoke the iconic Berserker Armor for male classes.

You can check out some images of the Beserker Armor below.

There’s also a new outfit styled after Griffith, Guts’ archnemesis, which will be available for the female character classes. Also, a new skin for the player’s fairy character that gives them a look inspired by Puck, the trusty companion of Guts, from Beserk.

If you’re interested in trying Black Desert Online in the near future then you’re in luck, too, as a free trial will be available for the duration of the Beserk event.

Black Desert Online is available on PS4, Xbox One, and PC.

Today’s crossover event news follows on from the launch of The Great Expedition update last month, which overhauled the game’s seafaring mechanics.