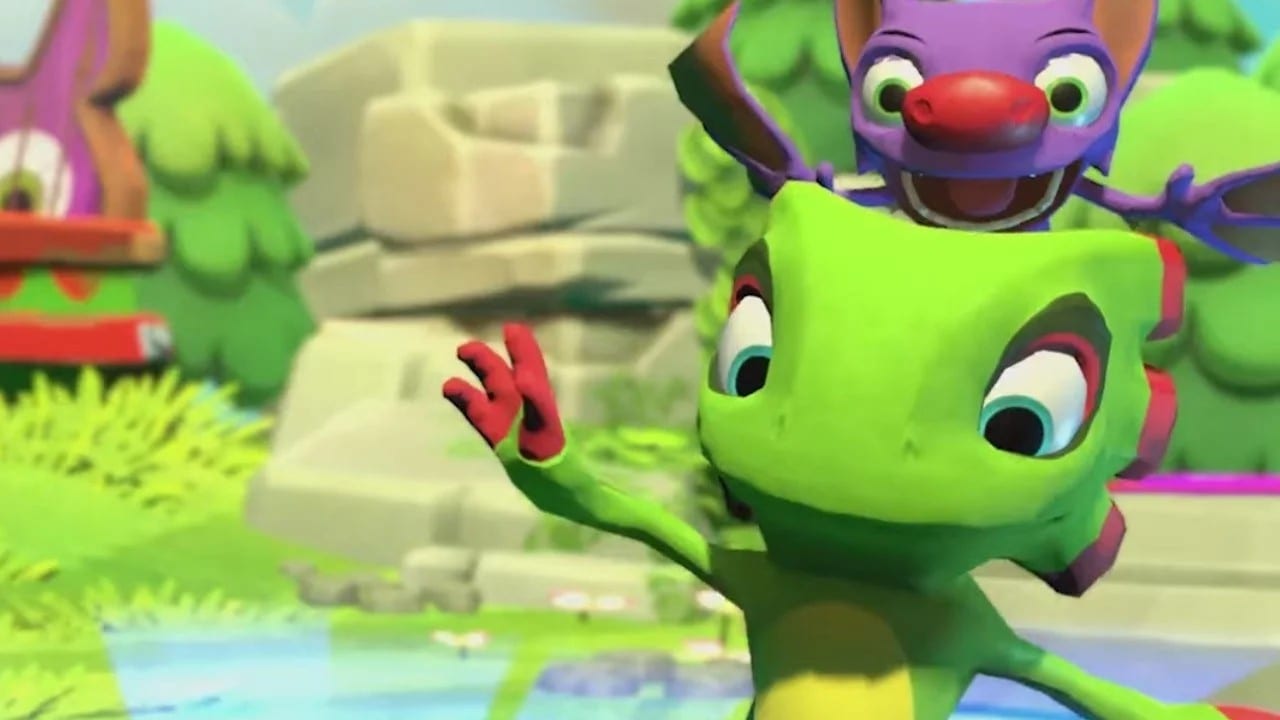 The Impossible Lair is a brand new Yooka-Laylee title and it really builds on the promise shown by the original. As you’d expect from a platformer from the minds behind Donkey Kong Country, there are some complex sections that require some thought. Here’s everything you need to know about how to fix the pipe system in the desert in Yooka-Laylee and the Impossible Lair.

The first thing you’re trying to do is unlock the door in the desert by finding the key. To do so, head to the west of the desert and solve the Pagie’s challenge you’ll find there.

Once you’ve done that, head up the new set of stairs to the cage and pay 1000 quills to get the key. Then, unlock the door and head inside the building to speak to the pipe’s sister.

To help her fix the pipe machine, simply drag the outlying piece of pipe back in line with the rest. This will make several sections of pipe outside the building pop out, and you’ll have to put them back.

One pipe will blow off at an angle, so move it to the nearby rotating platform. To spin it around, you’ll need to reach the switch on a high platform on the other side of the pipe.

Move one of the other pipe pieces towards the rock to create a ledge to jump on. All you need to do is jump up onto the rock and then hit the switch. This will then completely fix the pipe system and you’ll be able to carry on with the game.

In short, follow these steps to fix the pipe system in the desert:

That’s everything you need to know about how to fix the pipe system in the desert in Yooka-Laylee and the Impossible Lair. For more tips and tricks on the game, be sure to search for Twinfinite. We have also listed some other helpful guides on the game down below.