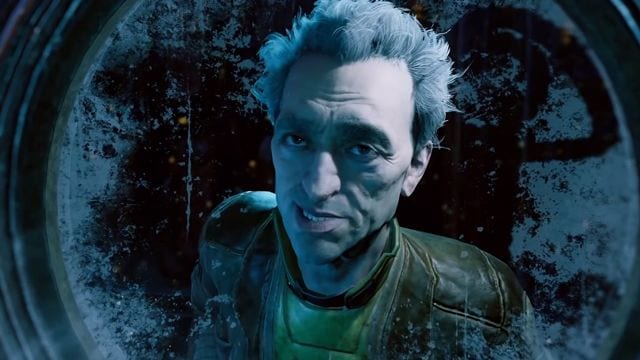 Player choice has long been an essential piece of any open world game, especially titles like Fallout. The Outer Worlds emulates the latter in a lot of different ways, but choice is front and center in pretty much every way.

The Outer Worlds casts you as a lone starship captain, exploring the various planets to the Halcyon Colony, which is owned by ruthless mega-corporations and The Board. Right from the very start you’ll see how much choice is invested in the game, as you decide the fate of the city of Edgewater.

Of course, most of these choices are made through dialogue options, which let you emulate a certain kind of personality. Like Fallout 3 or New Vegas the dialogue is written in a way that gives your character a specific personality, but there’s variation you can choose from.

Fantastic writing helps add wit and personality to your character, even though you never see them or hear them speak (they’re just an insert after all). As you progress further into Outer Worlds you realize how much things can start to branch off as you make dialogue decisions.

Without spoiling anything, when you get to the Groundbreaker early on there’s an NPC you can talk to and choose to either reveal a location, or keep it secret.

This decision completely changes your path through the game, giving you an entirely different set of quests and even opening up an entire area earlier.

While this is one of the weightier choices, the idea trickles down to smaller quests as well. Every side quest has at least two outcomes, if not more. Compounding these options is your faction reputation, which dictates how the game’s many factions perceive you.

You can raise or lower your reputation through dialogue, choices you make, enemies you kill, and more. This then dictates how people of that faction treat you, discounts you can get at stores, etc.

If you enjoy dialogue-heavy games there’s a lot to like about Outer Worlds, but it’s specifically more replayable than something like Fallout for one reason, it’s length.

You can beat the Outer Worlds’ main story in roughly 8-10 hours, but packing most of the side content in there bumps it up to about 30 hours. Obviously, this is a far cry from the 100 plus hour experiences of games like Fallout, but it’s not a problem.

Obsidian doubles down on choice and options with Outer Worlds, making the game more focused. Sure it loses some of that expansiveness, but what you get is a tight experience that lets you see things from different perspectives when playing through again.

The sheer amount of dialogue choices are coupled with the multitude of different ways you can build your character. This means that a second playthrough of the game can feel completely different from your first one.

If you’re looking to pick up The Outer World’s I’d recommend playing through at least twice, as that’s the only way to really grasp all angles of the story.

But I have to say, in a time filled with countless 100-hour “epic” experience,s it’s incredibly refreshing to have something as laser-focused on its choice and consequences as Outer Worlds.

Make sure to check out our official review for even more on The Outer Worlds. Or if you need any help while playing, you can take a look at our guide wiki.