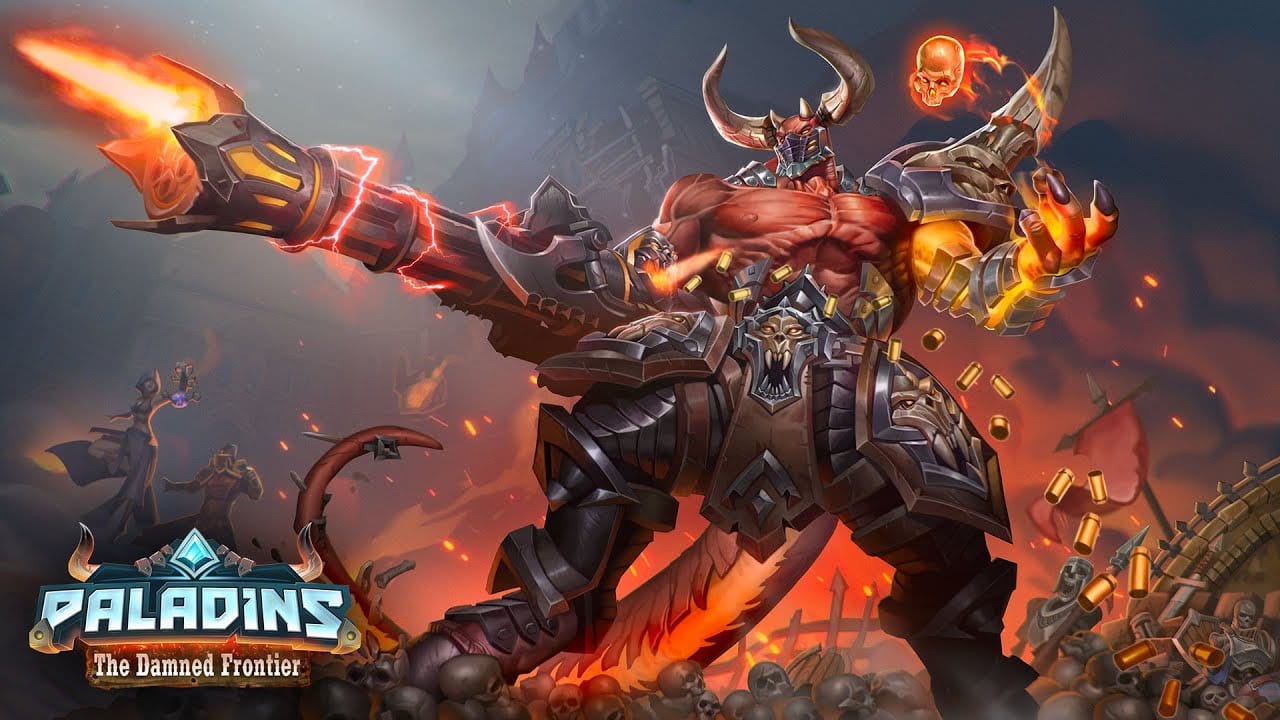 Paladins is set to expand its roster with Raum, a demonic-themed heavy that sits somewhere between Hellboy and one of the bad guys in DOOM aesthetically.

Described as a “demonic heavy damage frontline champion”, Raum rewards those who prefer to get into the heat of battle with his bloodlust ability which keeps himself and his teammates alive.

Lore-wise, Raum is brought into the world by an ill-fated warlock. After being introduced into the world of Paladins, Raum soon does away with his own summoner before exclaiming that “no man can control Raum” (except the player, of course).

With Raum’s introduction comes three new skins for the character, with season pass holders getting the Abyssal Lord skin on release. A selection of skins can be found on the Paladins Twitter page, with the golden variant looking particularly dashing:

In other news, Paladins will be receiving a new Wild West battle pass complete with a treasure trove of cosmetics, sprays and skins.

Paladins is currently available for PlayStation 4, Xbox One, Switch, and PCs.