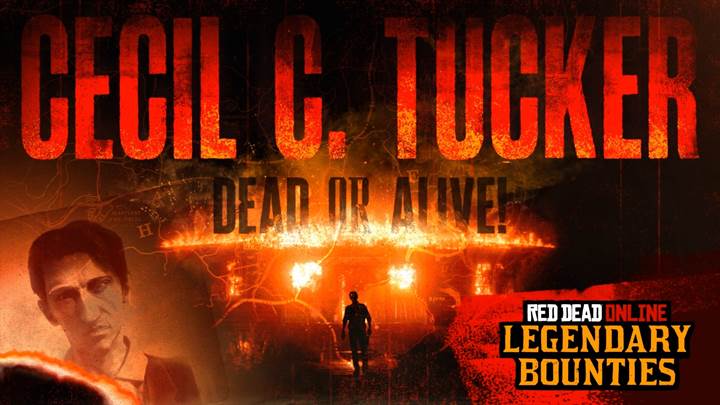 Rockstar is adding new content to Red Dead Online this week in the form of a new Legendary Bounty quest, role-specific rewards, and various new items for Xbox One players.

Arsonist and murderer Cecil C. Tucker is the latest Legendary Bounty players can track down. His official bio reads:

A mere twenty years old, Cecil C. Tucker is a known arsonist and murderer wanted for burning down homes in the slums of St. Denis. Since going on the lam, Tucker has aligned himself with local ne’er-do-wells in the Lemoyne Raiders and has been sighted entering Fort Brennand, north of St. Denis.

Licensed Bounty Hunters can take on this Legendary Bounty Mission by approaching the nearest Bounty Board. You can also replay the mission immidiately after completion on a higher difficulty, too.

Elsewhere, all Collectors, Traders and licensed Bounty Hunters who log in this week will also earn free rewards across all three specialist Roles:

Additionally, players that complete a 3-day Role Daily Challenge streak will receive an exclusive tint of the Folwell Hat, and all Novice Role Items are currently 25% off.

Meanwhile, a new selection of items are now available for Xbox One players, such as the American Foxhound Camp Dog, new Ability Cards (Gunslinger’s Choice, Strength in Numbers and Ride Like The Wind) and the Shoot for the Sky Emote, plus new clothing additions to the Wheeler, Rawson & Co. Catalog: The Carrigan Hat, Leather Burnham Boots and more.

Today’s Legendary Bounty follows on from the addition of Sergio Vincenza.