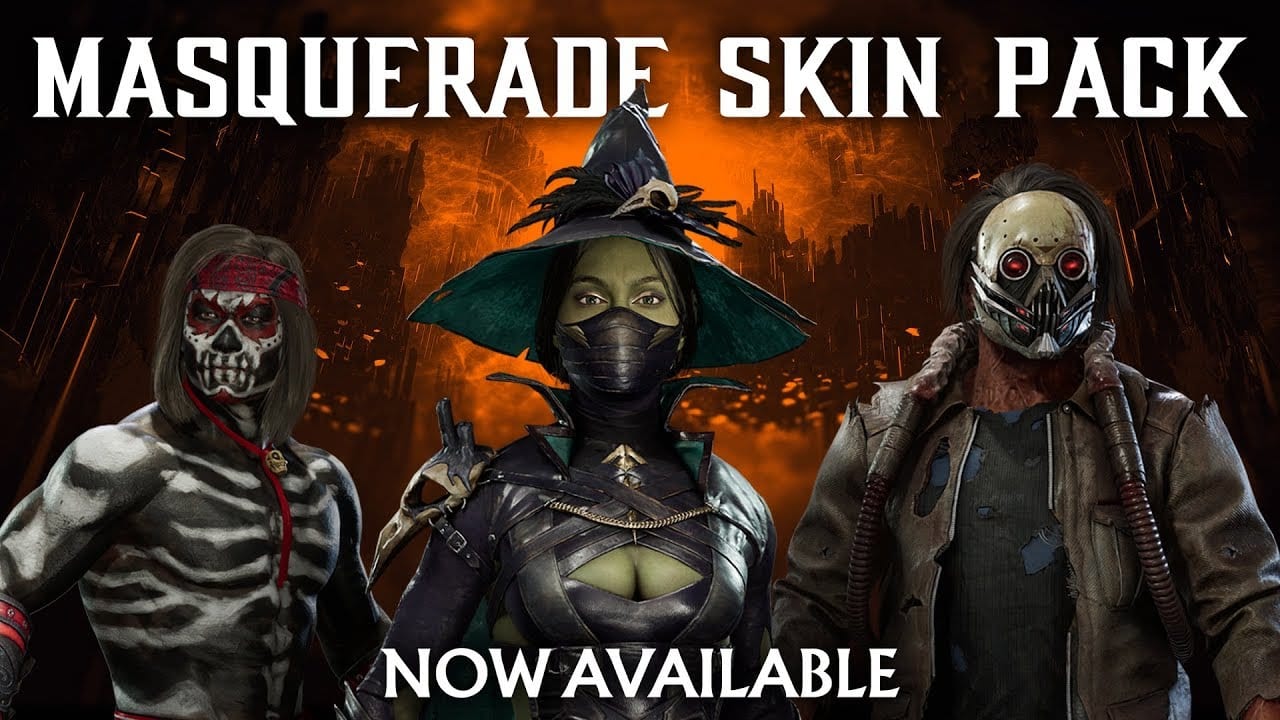 There’s a free Halloween themed in-game event coming to Mortal Kombat 11 from Oct. 25 through Nov. 1, NetherRealms has announced today. Additionally, a spooky new ‘Masquerade’ skin pack that ties into the season’s festivities launches today and gets its own trailer.

The Halloween event is said to introduce a variety of frightening content in celebration of the upcoming holiday, including four new boss fights with different Halloween themed modifiers in the form of flying witches and bats, falling pumpkins, rising gravestones and sprinting black cats that will be integrated into these matches.

Elsewhere, a new Team Raid multiplayer mode launches tomorrow as a free update, too. The mode challenges two or three players to work together as a team to complete group challenges and defeat one powerful boss in exchange for rewards.

In related news, the Terminator 800 character was recently revealed with a full gameplay trailer.