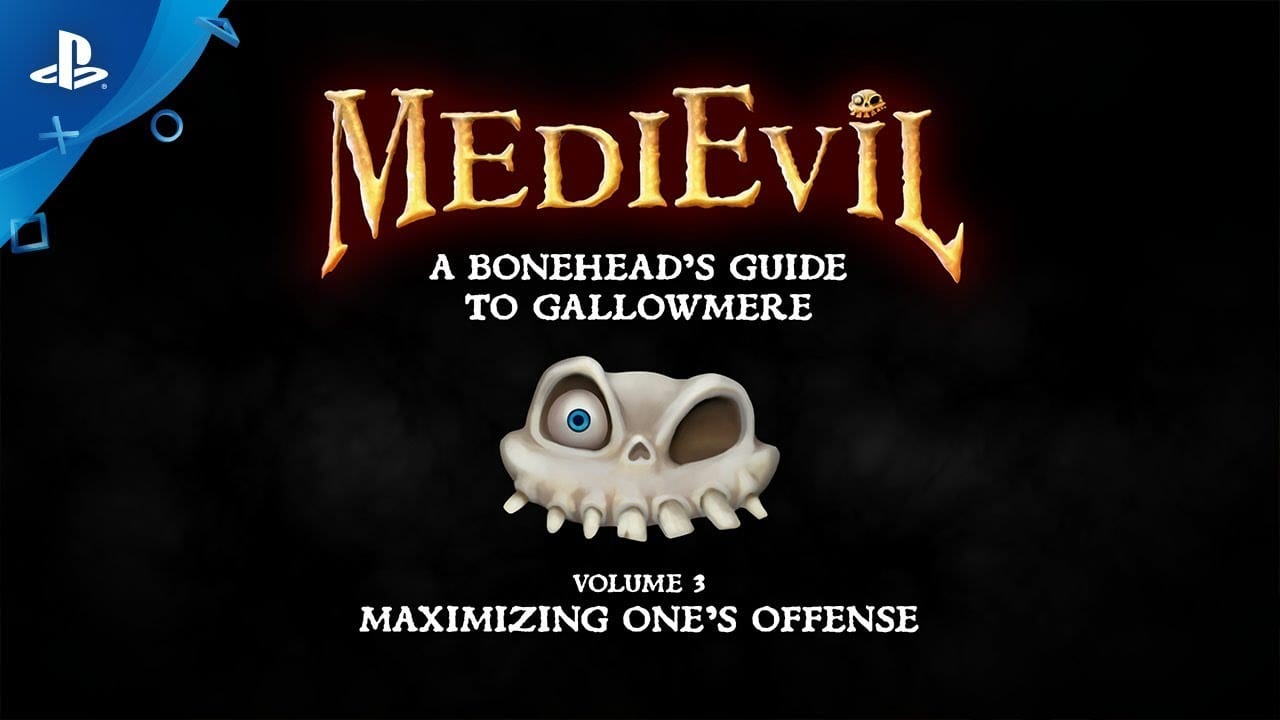 MediEvil’s A Bonehead’s Guide to Gallowmere tutorial videos continue this week with a new episode called “Maximizing One’s Offense,” which showcases some of the game’s different weapons and their secondary attacks.

Among other things, we get to see Sir Dan dispatching a bunch of enemies with a single area of effect attack, as well as stomping a single enemy with a huge hammer, and a good look at various ranged weapons in action.

You can check out the episode below:

If you’ve missed the previous two episodes then you can check out the first about the importance of using one’s shield and the second about the over-the-shoulder camera angle dubbed the “Dan Cam.“