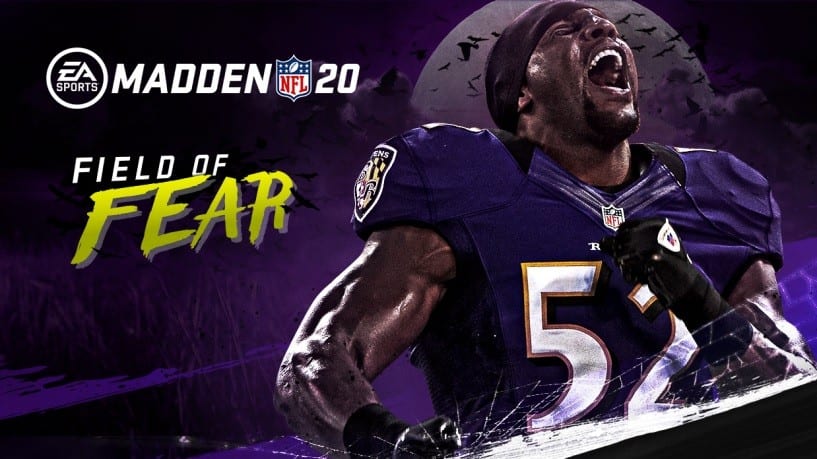 Just in time for Halloween, Most Feared returns, as Madden 20 adds a spooky experience to its Ultimate Team mode. For old and new players alike, there is a lot to unpack with this update. Here is everything you need to know about what Season of Fear is, how it works, and what you get in Madden 20 Most Feared.

Serving as Madden 20’s second season, following up Kickoff Celebration, Most Feared, also referred to as Field of Fear, is a feature that was introduced in Madden 19.

The mode introduced a handful of interesting updates, including themed Solo Challenges, Player Morphs, and other changes.

Seasons of Fear in Madden 20

This year’s Most Feared is set to be a lot of the same, with some small differences being introduced in Madden 20.

New players – like season poster star Ray Lewis – will be introduced with the unique title of most feared. These players will be separated into four categories: Scary Strong, Scary Fast, Scary Sharp, and Cauldron Masters.

In order to unlock these legendary MUT players, you’ll need to complete challenges.

Completing these challenges nets you with a handful of different rewards, including Bats, Most Feared Fantasy Packs, and Captain Tokens.

Crafting material is considerably important to Most Feared, as you’ll use them to put toward upgrades that unlock Cauldron Master players.

Keep in mind that you are limited to earn these repeat rewards up to only 10 times per day.

That is everything you need to know about what Season of Fear is, how it works, and what you get in Madden 20 Most Feared.

For more helpful tips and tricks, be sure to check back to Twinfinite for updates when part two of the program releases, as well as for all of your other Madden 20 needs.