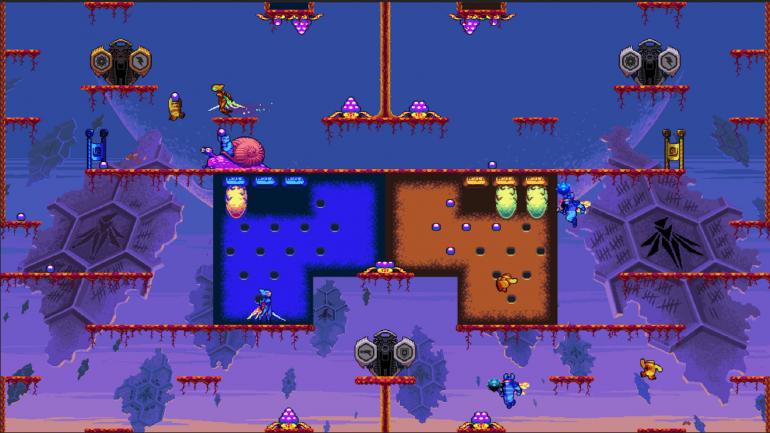 Sometimes, the best way to win is with an investment. In Killer Queen Black, using your workers to invest in your hive may lead you to a hard-fought victory. Here is everything you need to know about how to Win with Economics in Killer Queen Black.

How to Win with Economics in Killer Queen Black

In order to win a round in Killer Queen Black using Economics, you’ll need to rely on the work of your drones.

Using your worker drones, collect the beads that can be found throughout the battlefield.

Instead of using them on a portal to power up, bring them back to the hive and throw them in one of the empty holes by jumping in front of it.

Once every hole is full, your team will have won via an economic victory.

An important thing to keep in mind is that this method takes time.

Most of the time an Economic victory occurs is when everyone else is busy fighting for a Snail or Military victory, and one or two workers decide to run around and invest in the hive.

One way to help speed workers up for this method is by investing one of the beads in a speed portal.

Signified by the lightning bolt, powering up the drone with this ability gives them a significant boost of speed.

Workers can also throw beads, making it so that a pair can work together to collect beads faster.

Just keep in mind that workers are defenseless when carrying these beads, so they can easily be killed if they aren’t tricky or defended well.

Now that you know everything there is to know about how to win with Economics in Killer Queen Black, your hive will be a thriving, economic powerhouse in no time. For more helpful tips and tricks, be sure to search Twinfinite.