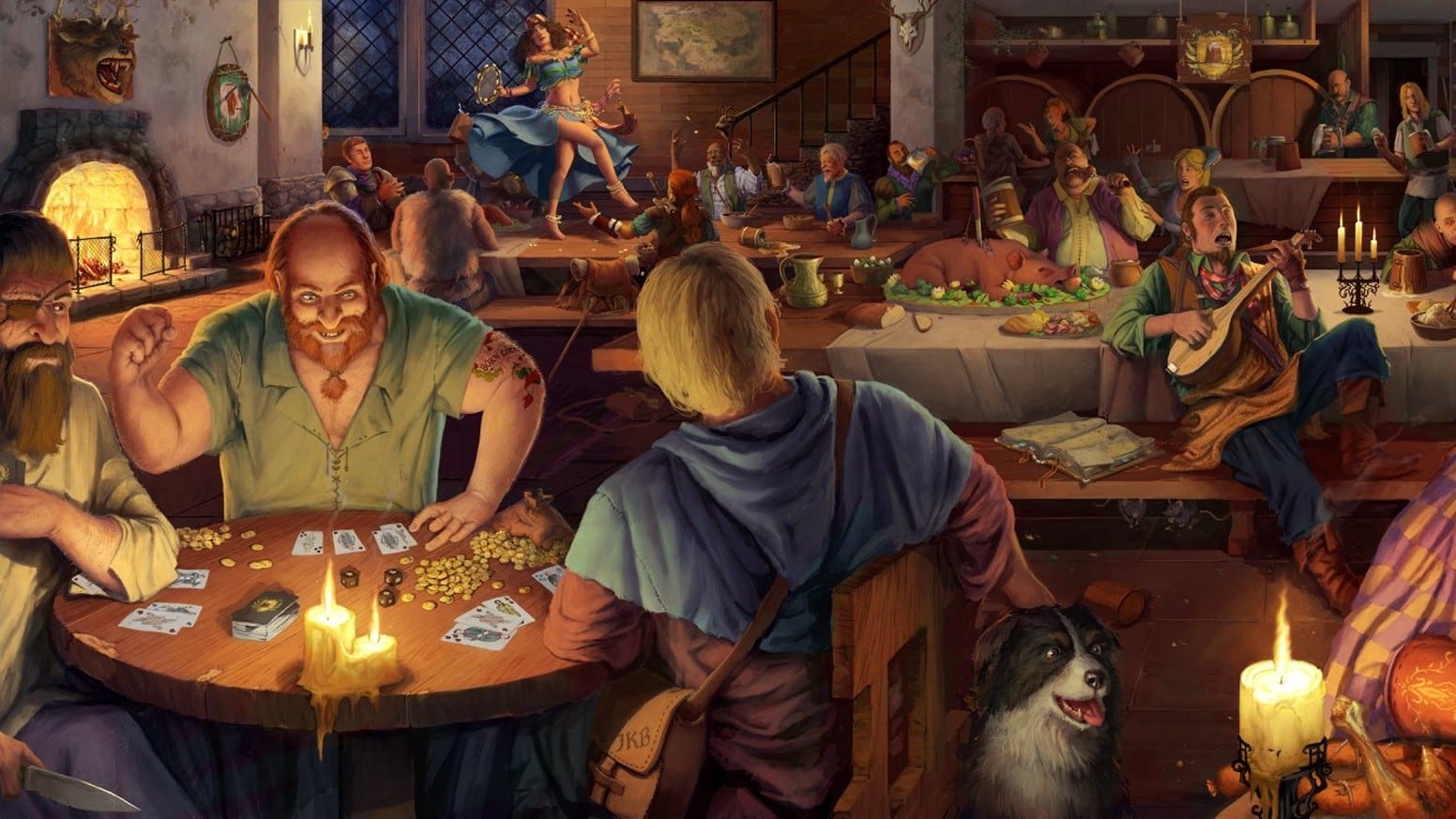 All the best fantasy RPGs have a tavern or two where you can sit and soak up the atmosphere of townsfolk bantering and drinking to the sound of a medieval guitar or flute. There aren’t many that actually let you run the tavern, though. Enter Crossroads Inn, a fantasy tavern management sim with a “rich” story, RPG mechanics, 46 original tunes composed by Witcher composer Marcin Przybyłowicz, and now a release date for later this month, Oct. 23.

The game is from Polish developer Kraken Unleashed Studio, an indie team funded in part by a successful Kickstarter campaign earlier this year. Crossroads Inn consists of two separate modes: sandbox, and campaign. While you’ll just focus on managing the business and economy of your tavern in sandbox, the campaign is said to feature a meaty story involving a kingdom in turmoil.

“Gamers will become part of a large-scale drama full of political intrigues, vivid characters, treacherous NPC’s and dangerous quests inspired by RPG games – You will even have a damsel in distress to save!”

Key features are as below:

Crossroads Inn is available on PC/Linux/Mac via Steam and comes in two versions: standard, and collector’s, costing $19.99 and $24 respectively.

You can check out some sandbox gameplay below:

If you’re interested in other medieval-themed kingdom management sims from indie developers then do check out the recent update from the team behind Yes, Your Grace.