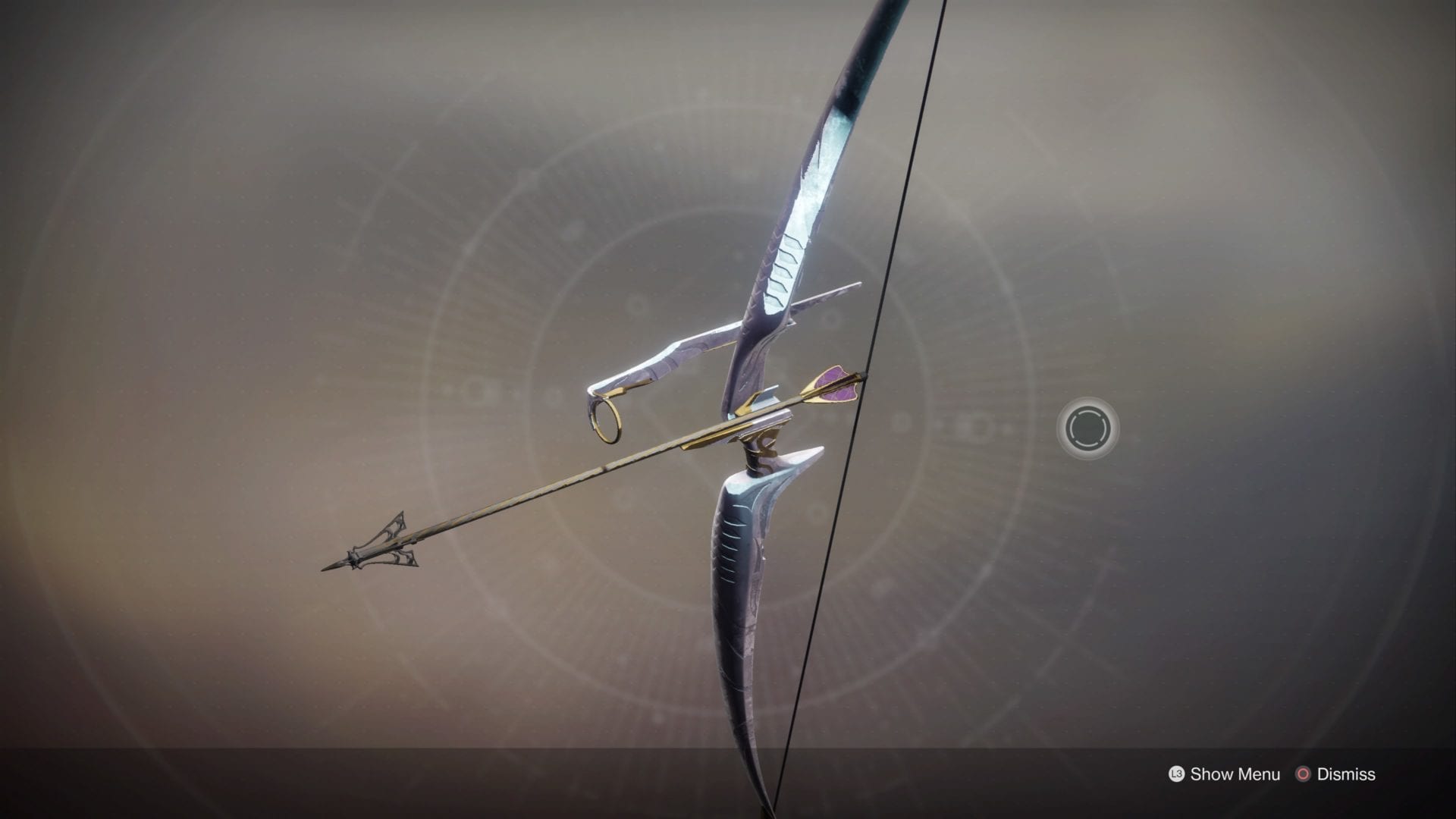 Bows, introduced in the Forsaken expansion, are still building up a roster of viable weapons. There are only a small handful of bows in the game right now, both on the legendary and exotic end of things, but there are still a few worth considering. These are the best bows in Destiny 2 for PvE, PvP, and Gambit.

There are only a handful of bows in total in Destiny 2, so we’re going to try and keep the below recommendations laser focused on truly the best bows in Destiny 2.

For the legendary bows in PvE, generally you want to grab perks such as Rampage, Explosive Head, Dragonfly and/or Archer’s Tempo as they are quite helpful for maximizing your DPS.

Similar to rocket launchers and swords though, the effectiveness of the best bows in Destiny 2 really comes down to rolls, and personal preference based on feel.

If you want grind out Hush, it is one of the best bows in Destiny 2, provided you’re willing and able to utilize its unique perk, Archer’s Gambit, which rewards hip-fire precision hits with crazy fast draw speed.

Exotic wise, Le Monarque and Trinity Ghoul are both excellent bows in Destiny 2 if you’re a PvE bow main and know you’re going to be using a bow for the majority of the activity. It comes down to which perk you prefer to take advantage of, but you can’t go wrong with either.

Leviathan’s Breath is particularly great in Nightfall: The Ordeal. You can use it to stop an Unstoppable Champion without having to use Unstoppable rounds on one of your other guns. Plus, even aside from that useful perk, it hits pretty damn hard itself and can help with crowd control since it knocks everything back.

For PvP Le Monarque is generally the leader in the clubhouse when it comes to exotic bows. Its draw time is a bit slow (as are most of the exotic bows) but aside from that it has good stopping power and its poison field.

If you don’t want to give up your energy slot though, Wish-Ender is very nice bow as well, especially if you’re a Hunter and pair it with Oathkeepers so you can indefinitely hold your draw and use its exotic perk to screen cheat.

Hush once again, can be a lethal bow if you can actually make use of its perk, otherwise opt for your favorite legendary bow with some of the perks we listed above.

That’s all for our best bows in Destiny 2 for PvE, PvP, & Gambit. If you’re interested in learning more weapon recommendations. Check out our all-encompassing lists below: