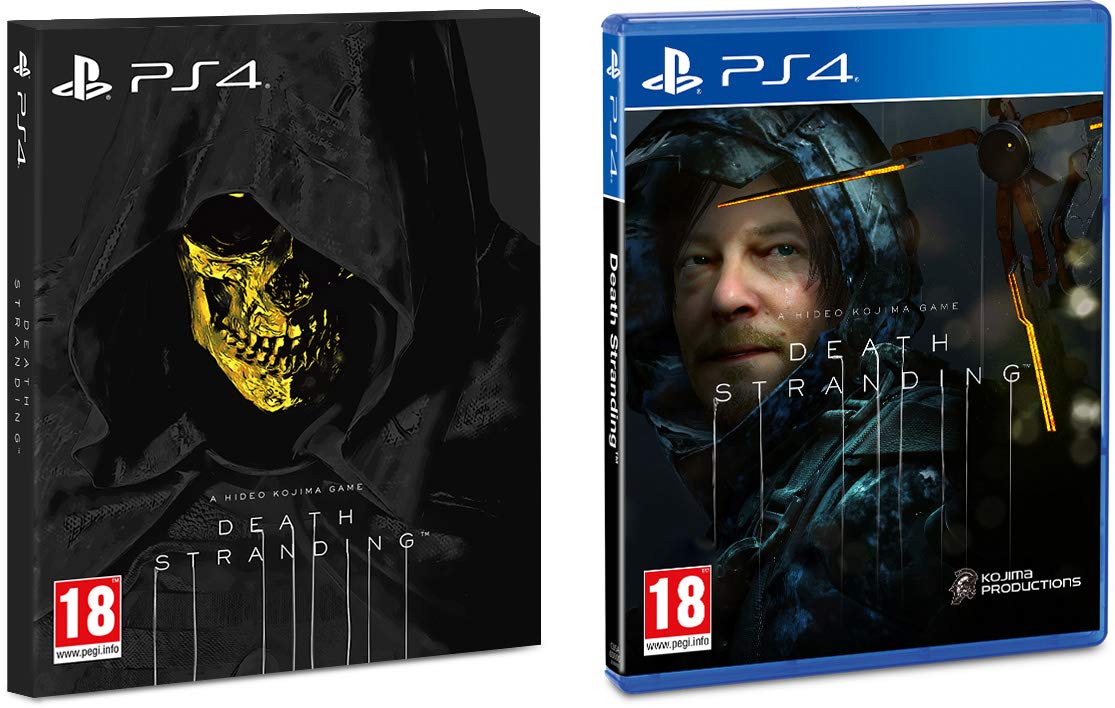 Sony has unveiled the Death Stranding Standard Edition Higgs Variant, which comes with a very cool-looking special sleeve and a bunch of themed in-game goodies.

The news comes by way of a Tweet from PlayStation UK.

Tomorrow is in your hands with the #DeathStranding Standard Edition (Higgs Variant).

Includes Death Stranding and an exclusive sleeve featuring the Man in the Golden Mask, Higgs, with metallic and embossed detailing.

As you can see from the image, in addition to the cool sleeve design you’ll also get several in-game bonuses and a dynamic PS4 theme.

The bonuses are all items of apparel and equipment you’ll be able to deck Sam out with, presumably from one of the operating bases Hideo Kojima presented in detail during the Tokyo Game Show 2019.

In keeping with the Higgs “Man in the Golden Mask” theme, all items are in gold: Gold Sam Sunglasses, Gold Plate Armor, Gold Hat, and the Gold Speed Skeleton.

In related news, Sony unveiled the Death Stranding themed PS4 Pro during its State of Play broadcast last month. More recently, we learned the OST will release as a full album, with a track-list featuring popular electro-band CHVRCHES.