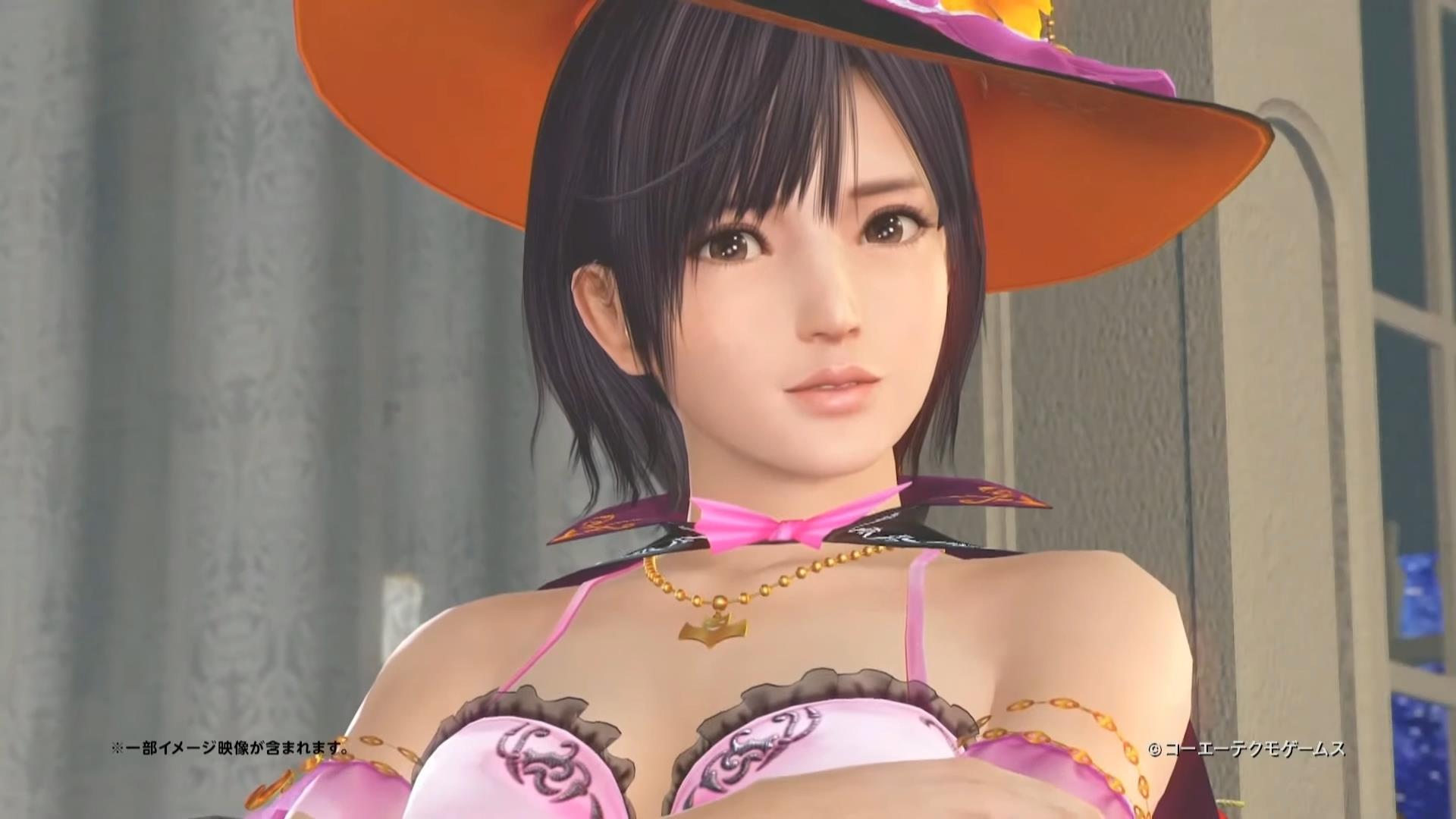 Today Koei Tecmo and DMM hosted a livestream about their free to play game Dead or Alive Xtreme: Venus Vacation, providing a look at what’s next.

The upcoming maintenance on Thursday, October 17 will bring forth the Halloween event which will include a gacha with costumes for all the girls (excluding newcomer Monica), and they’ll be destructible.

You can check them out in the trailer below.

If you’re wondering, “Itazura” means “prank” in Japanese, and it’s part of the local version of the “trick or treat” tradition.

“Trick or Treat” is very difficult to pronounce for many Japanese, so they went with a translation in the local language.

The full sentence is the one used by Marie-Rose, which literally means “give me some sweets or I’ll play a prank!”

On top of this, as is tradition for this kind of livestream, the voice actresses in attendance engaged in a “real-life gacha” to draw prizes that will be distributed to all players.

Last time they just opened the machine and started picking the best prizes, so this time it was chained up.

Funnily, they simply started drawing all the spheres to pick and choose the juiciest rewards once again. You can’t stop them, Koei Tecmo.

The most relevant prizes that will be distributed tomorrow (in Japan, so it’s gonna be tonight for most western countries) are one October SSR ticket (including one among the SSR outfits in the image at the bottom of the post), 5 VIP Coins, and one normal SSR ticket. There’ll also be plenty of food items to convert into experience for the girls, and 5,000 V-Stones.

Do keep in mind that this is only related to the Japanese version of the game. The Steam version in English doesn’t partake in this kind of event, unfortunately, and it’s about one year behind in content anyway.

It’s likely still going to get Halloween costumes, and they’re probably going to be last year’s.