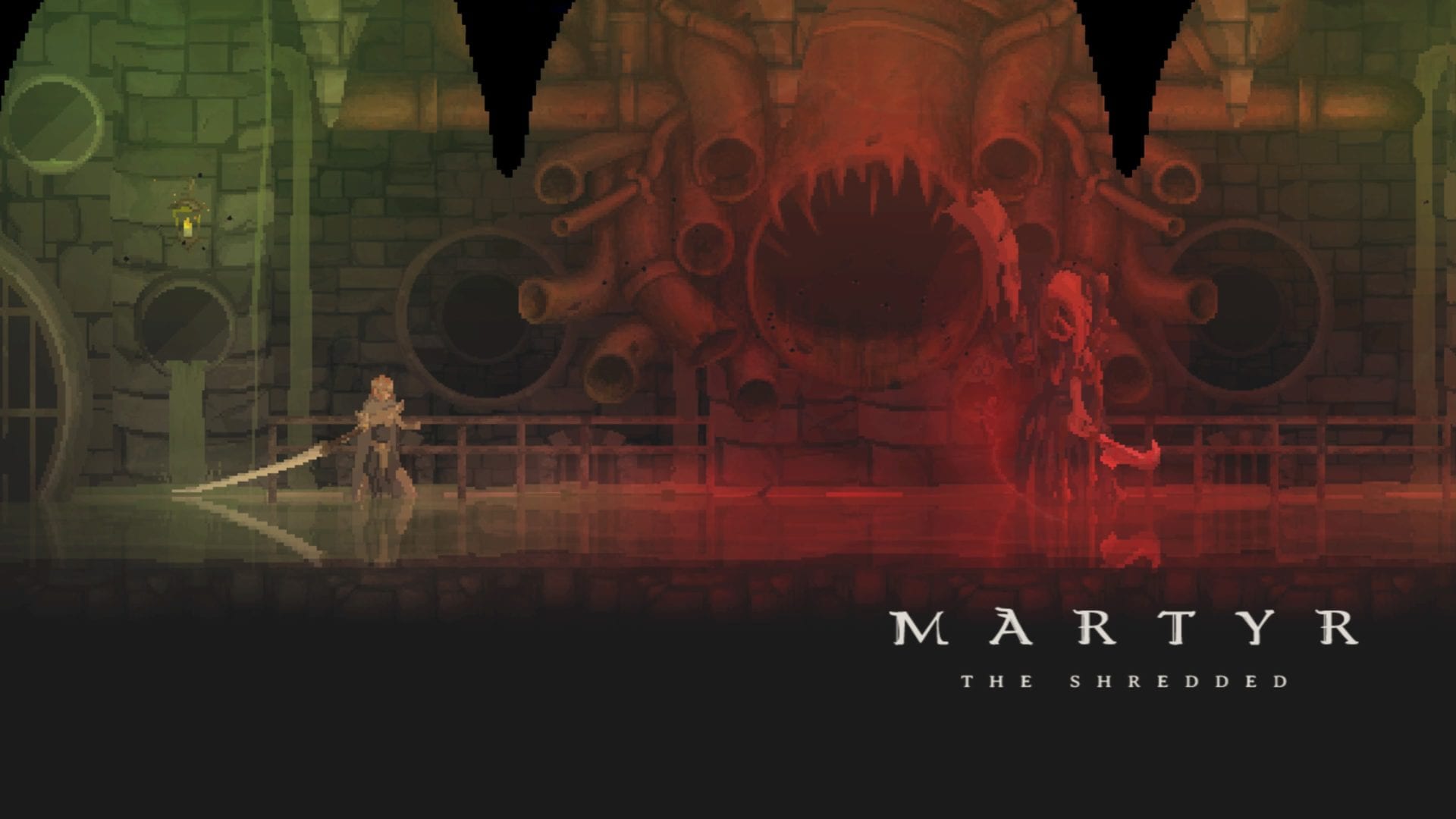 How to Beat Martyr the Shredded in Dark Devotion

Found in the depths of the Putrid Sewers, Martyr the Shredded is part of the first couple of bosses you can discover and take on.

Armed with a magical floating shield, he can block all of your attacks while it’s on his person and hammer you with his own attacks all the while. Not only that, but if you try to create distance between yourself and him, he’ll toss said magical shield at you for a homing attack with devastating efficiency.

It can be a hassle to deal with, but if you use this simple strategy, you can beat him in no time flat.

How to Bring Down Martyr’s Shield

First and foremost, you’ll need to get rid of Martyr’s shield. This is necessary to remove his invincibility and deal damage to his health bar.

To do so, create some distance between yourself and him. Once you do this, he’ll wind up either a Spear Toss attack or a homing attack from above, both of which use his shield.

Wait until the attacks are just about to hit you, and then dodge through them with a dodge roll. This will leave the shield separated from Martyr for a short time, during which you can punish him with attacks.

He’ll throw out some standard swipe attacks while you’re attacking him, but these are slow to launch and can be dodged easily enough. Simply wait until the attack is just about to hit you, and then dodge through him to flank him with more of your own attacks while he prepares his next swing.

It’s also worth noting that you SHOULD NOT attack his shield while it’s separated from him. Doing so will return it to him instantly, closing your window of opportunity far sooner.

After his shield returns to him, repeat the same strategy from before to get it away from him again. Keep this up until his health bar is depleted, and you’ll have bested another of Dark Devotion’s bosses.

So, to summarize how to beat Martyr the Shredded in Dark Devotion:

What You Get for Beating Martyr the Shredded in Dark Devotion

As for what you get for defeating Martyr the Shredded in Dark Devotion, it’s a bit of a double-edged sword.

While you receive Martyr’s magical shield, called Martyr’s Bloodlight, for your own use, it comes with a curse: Anytime you parry, there’s a chance it will injure you, depleting a health or armor node.

This makes it less than ideal for anything other than tanking hits, so plan out your build accordingly if you choose to use it.

Hopefully, this cleared up how to beat Martyr the Shredded in Dark Devotion. For more on Dark Devotion, check out our review of the recent PlayStation 4 port of the game.