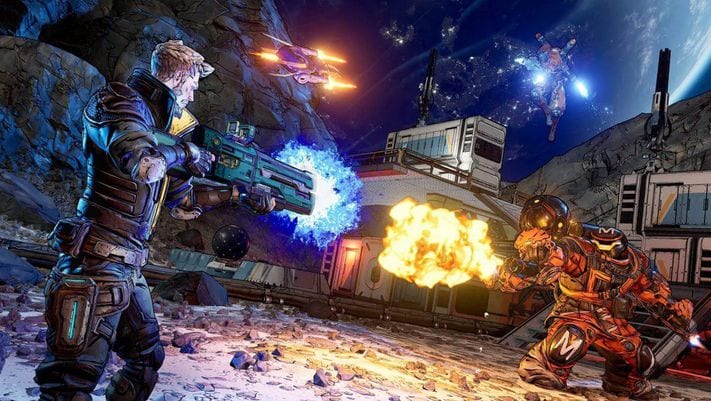 Even after beating the main story campaign, there’s still plenty to do in Borderlands 3, including farming rare mobs for Legendary drops. Here’s where you can farm the Force Troopers in Borderlands 3.

Since it’s currently Rare Spawn week in Borderlands 3, this means that the Force Troopers should show up pretty frequently in the Atlas HQ area in Promethea.

This will allow you to farm them easily, and with the event currently underway, your Legendary drop rates should be much higher than usual. If you’re already in the end or post-game section, this is a good chance to start farming for better loot.

To farm the Force Troopers, you’ll want to go to the Atlas HQ area in Promethea.

Do note that this requires you to have progressed through the story quite significantly, to the point where you’ve already defeated Katagawa Jr. Whereas Katagawa himself used to be a popular boss to farm, you’ll definitely want to focus your efforts on the Force Troopers instead.

In the Atlas HQ zone, you’ll want to go through the Courtyard of Innovation and get to the upper level in that area, which is where the Force Troopers will spawn.

Normally, you’d have to walk all the way around the outer perimeter to get up there, which is pretty time-consuming. However, reddit user u/AndreisValen figured out a nifty little shortcut to skip all that walking.

For anyone aiming to farm the Troopers this week, have a shortcut from r/borderlands3

As always, for the best results, you’ll want to activate Mayhem mode to increase your Legendary drop rates. Rare Spawn week will end on Oct. 15, so make use of this week to farm as much as you can.

That’s all you need to know about farming the Force Troopers in Borderlands 3. Be sure to check our Borderlands 3 guide wiki for more tips and information on the game.