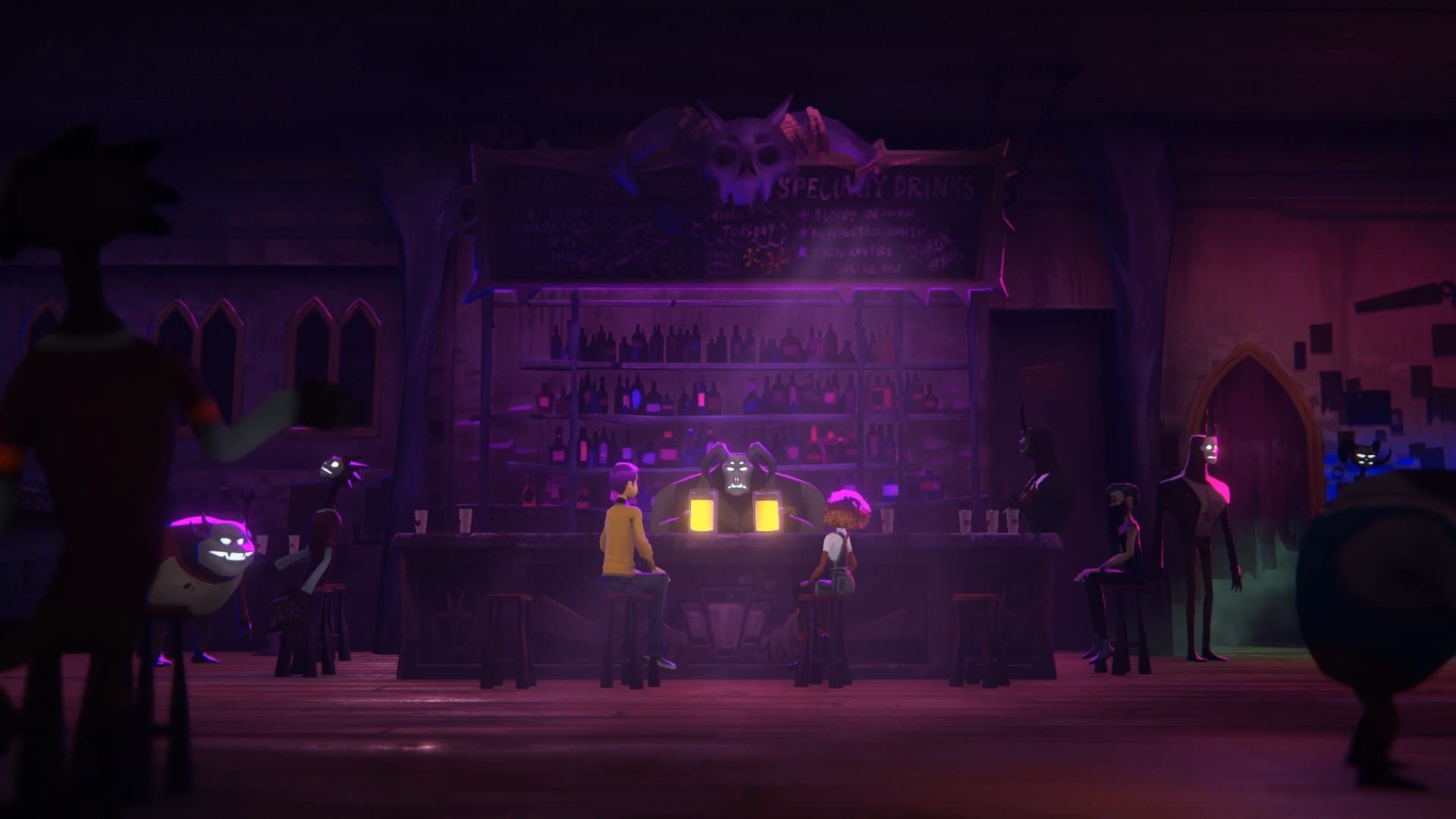 In Afterparty, your main goal is to defeat the devil in a drinking contest. In order to even get to the dance though, you’ll need to defeat the three monarchs and get their seals. Here is everything you need to know about how to get the Apollyon Seal in Afterparty.

How to Get the Apollyon Seal in Afterparty

After Satan lays down the gauntlet for Milo and Lola, challenging them to get two out of four seals of approvals from the monarchs, you’ll want to head to Little Rantalia, the island home to Hell’s courthouse.

Apollyon is here in the Sealed Knot, a bar that only demons can get into. Head upstairs after getting denied by to the bouncer and get the Witch’s overcoat.

Use the overcoat as a disguise and you’ll sneak into the bar. After having a conversation with Apollyon and her friends, she’ll bring you back into her room and reveal she knows who you are.

She tasks you with serving as Roberto Spaghetti’s lawyer in order to make sure he is given a guilty verdict.

You’ll be transported to the trial soon after your talk. All you have to do to render a guilty verdict is challenge your partner, saying the evidence he has is fake.

Once Roberto is convicted, Apollyon tells you to meet her at the Schoolyard Strangler, located at 1st and Izzard. Go upstairs and beat her in the drinking game where you drink, then stack the shot glasses.

To win, start off prett fast for the first two, then slow things down so that you don’t break the glasses in get behind.

Once you beat Apollyon, she bestows you her Seal.

To summarize, get Apollyon’s Seal by doing the following:

And that is everything you need to know about how to get the Apollyon Seal in Afterparty. If devil’s lawyer, or any of the other demons that inhabit Hell, still have you in a bind, be sure to search Twinfinite for all of you Afterparty guide needs.