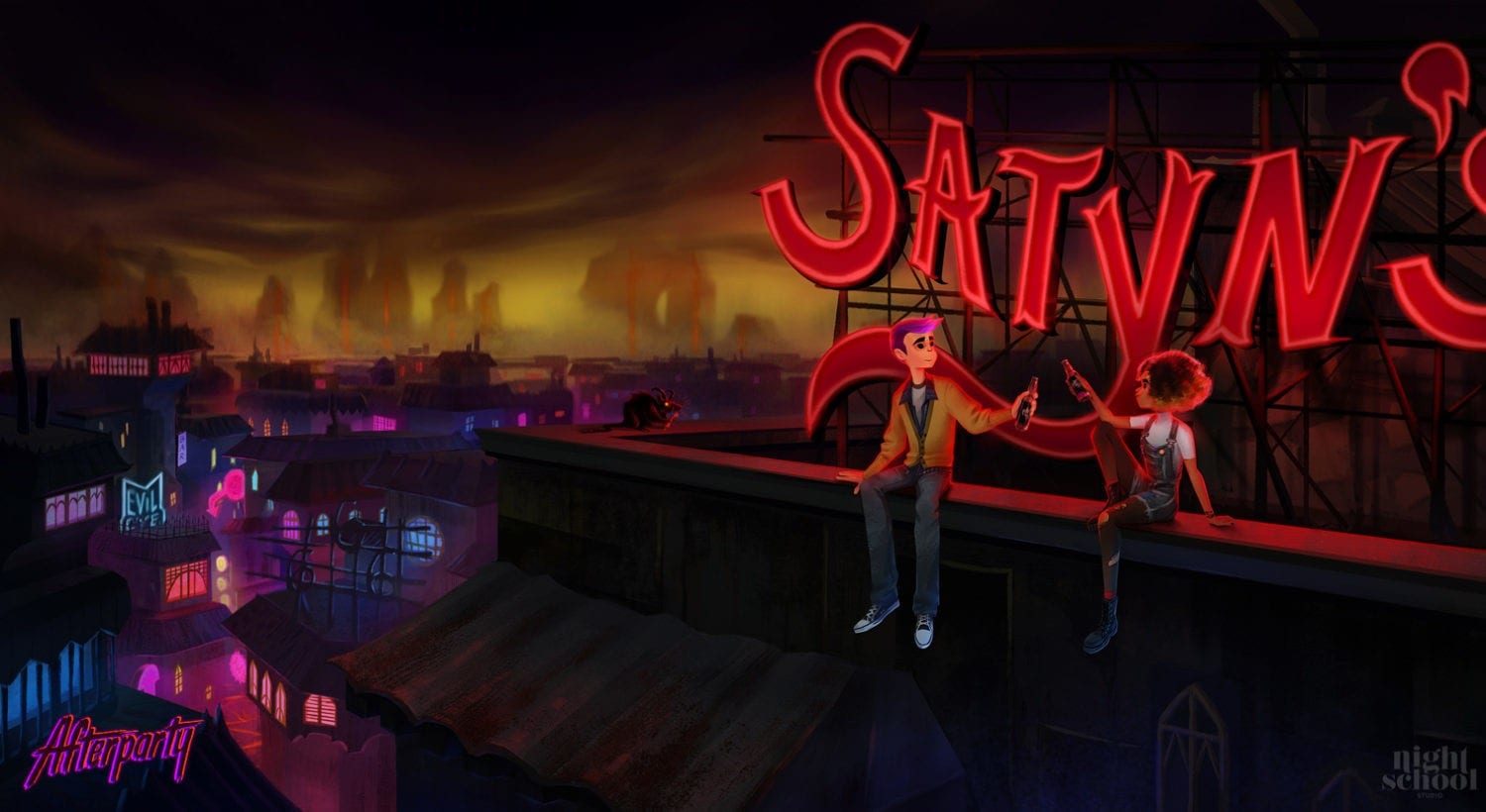 While escaping Hell is the overall goal of Afterparty, Lola and Milo find out pretty quickly that there is a lot to untangle with their unique situation. First and foremost, the two protagonists don’t even know how they died… but we do. Here is everything you need to know about how Lola and Milo died in Afterparty.

It should come without saying that, everything below is going to be a spoiler for Afterparty, so read on only if you don’t mind being spoiled.

A little over halfway through the game, depending on how you play it, you’ll be able to meet Apollyon, one of the Monarch’s Satan tasks you with defeating.

Apollyon is located in Little Rantalia, the island home to Hell’s courthouse.

In order to meet up with her, you’ll need to sneak into the Sealed Knot, as only demons can enter the bar. Head upstairs and grab the overcoat from the Witch and you’ll get Lola and Milo a disguise.

Once inside, you’ll have a few conversations that lead to a sit down with Apollyon herself.

After talking to her, you’ll be tasked with throwing the trial of Roberto Spaghetti.

Do so and you’ll be able to play her in a game where you drink, then stack shot glasses up to a line without breaking them.

After defeating Apollyon, there will be a dialogue option asking her how you both died.

She tells you they were killed in a car accident. Lola died immediately and Milo three hours after the crash.

Now that you know their simple, but grim fate, hopefully you can rest a little easier.

That is everything you need to know about how Lola & Milo died in Afterparty. If you’re still looking for some drinking guidance, be sure to search Twinfinite for all of your other After Party needs.