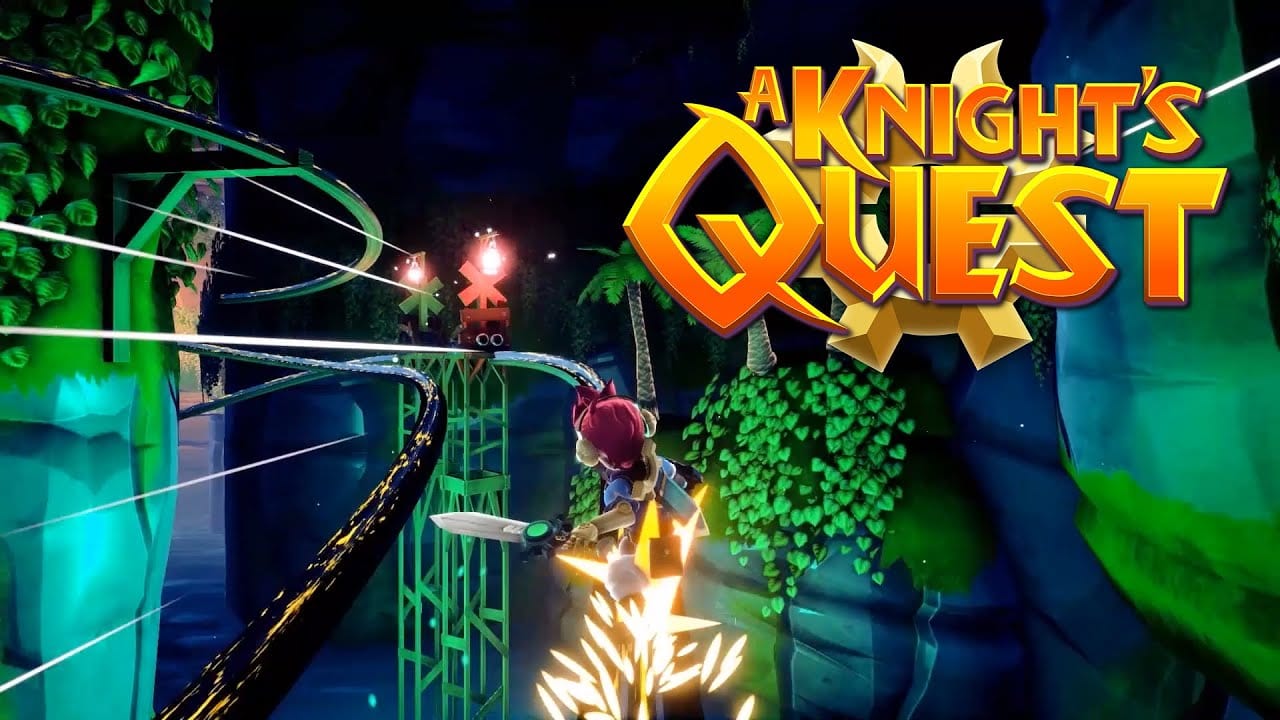 A Knight’s Quest is launching next week, Oct. 10 on PS4 and PC (exclusively on the Epic Game Store), and comes to Xbox One a day later, a new release date trailer from Curve Digital announced. A gameplay montage reveals a charming open-world and a heroic quest that’s more than a little reminiscent of Zelda.

The game certainly has a similar story premise, and the third-person action/adventure gameplay features the sort of puzzle-solving, light platforming, and combat you’d say was inspired by the iconic series.

In the publisher’s own words:

“Rusty is a kind-hearted, but clumsy adventurer who accidentally starts a chain of events which threaten to destroy his world. A Knight’s Quest invites you to play as Rusty in his quest – controlling the elements, dodging perilous traps, and battling challenging enemies through the fantastical open world of Regalia.”

A press release sent to Twinfinite breaks down the game’s key features:

You can check out the release date trailer for yourself below:

The game might be just what the doctor ordered after finishing The Legend of Zelda: Link’s Awakening if you’re looking for something similar. But if you’re still determined to keep play, read our feature about things to do once you’ve completed it.