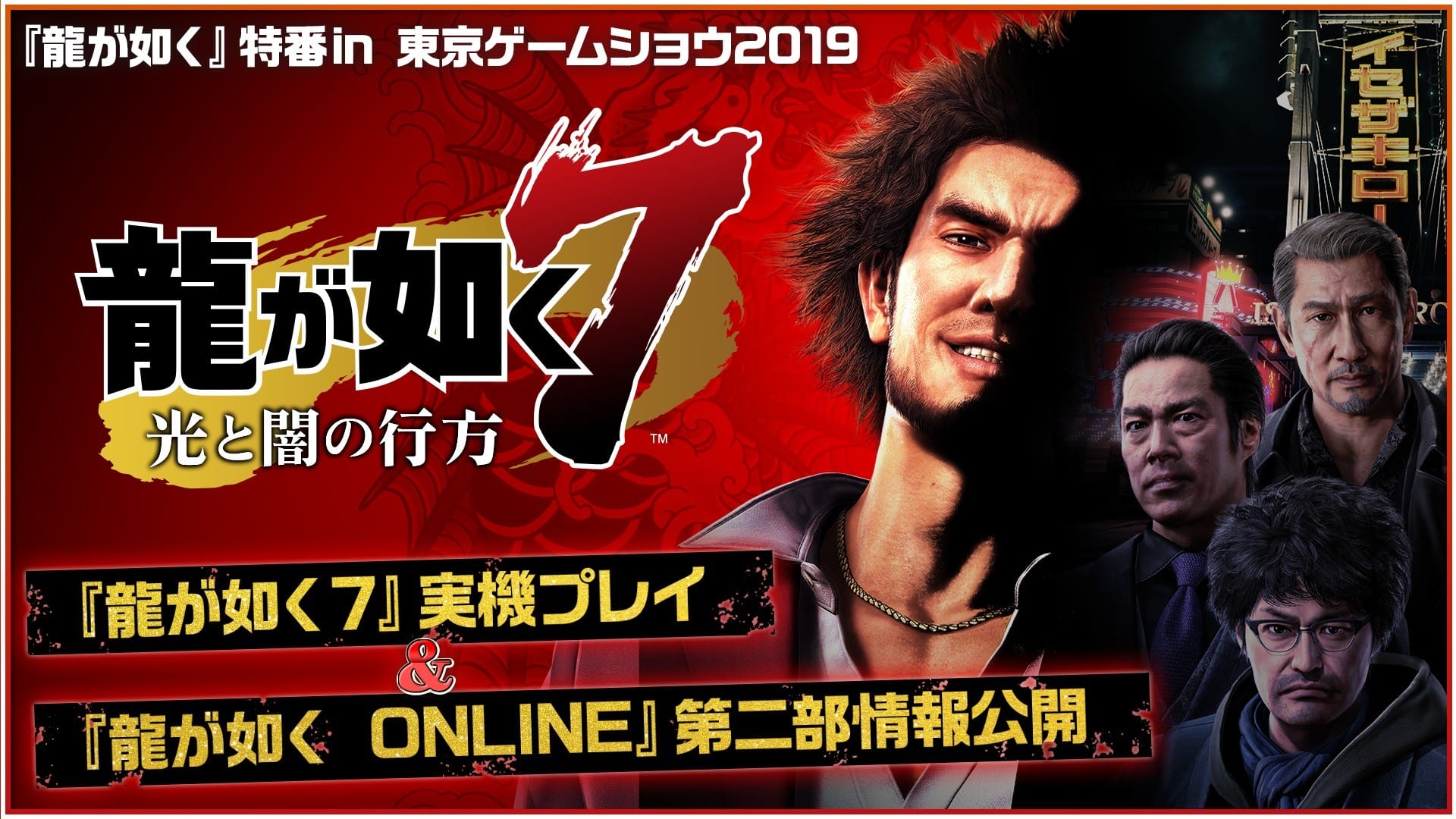 Sega announced today plenty of details about the showing of Yakuza: Like a Dragon (known in Japan as Ryu Ga Gotoku 7: Whereabouts of Light and Darkness) at Tokyo Game Show next week.

On September 12 at 13:40 Japan Time there will be the first livestream introducing the charm of the game. A new trailer will be released then. There will also be the presentation of the new hero, setting, and battle system.

On September 13 at the same hour Sega will showcase more adventure and battles in the game.

On September 14 (still at the same hour) there will be another presentation with the debut of a video focusing on the story of the ga,e.

On September 15 (same hour. You know the drill by now), Sega will present the characters who will appear in the game.

On September 13 there will also be another livestream at 9:00 PM Japan time. The first part will be about Yakuza: Like a Dragon, showing videos and actual gameplay. The second part will focus on Yakuza Online. You can find the embed for this one at the bottom of the post.

A demo of the game will be playable on the show floor for attendees, and it’ll let them experience first hand both the new setting in Yokohama and the new battle system.

Those who play will get a special towel, while a fan will be distributed around the booth on September 14 and 15. Two different T-shirts dedicated to the game will also be sold respectively for 3,200 and 2,800 yen.