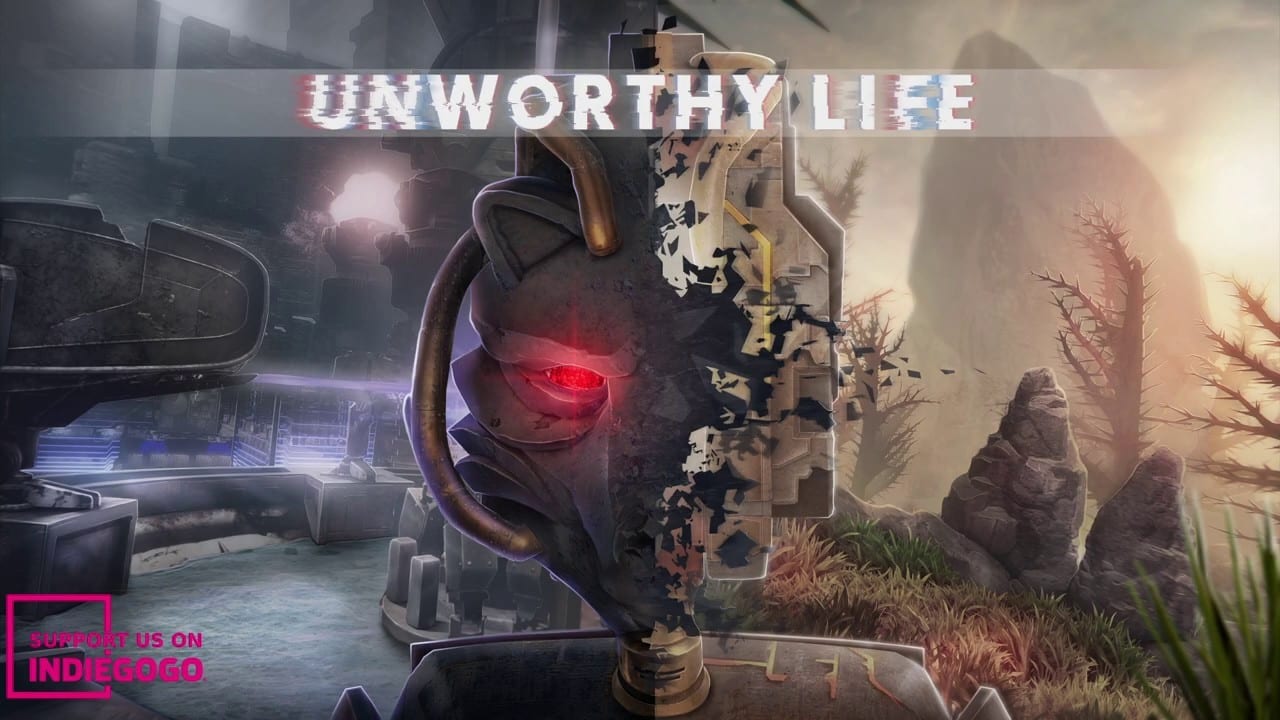 Unworthy Life is an upcoming sci-fi action-RPG set in a grim, “rusty” dystopian world that has lots of potential. The game launches its Indiegogo crowdfunding campaign today alongside a new trailer showcasing its atmospheric sandbox, third-person combat, and which explains some of its story beats.

If you’re put off at the sound by the notion of a crowdfunded video game that may or may not see the light of day, you might like to know that Unworthy Life is already 80% complete, according to the developers.

Developer Mechanical Centurion has been working on the game for four years already, and the funds they’re looking to secure are for polishing rather than starting the game.

This will ensure the best finished product with high quality bespoke audio and 4K resolution to match the unique environments and rich narrative we have developed for Unworthy Life.“

Unworthy Life’s gameplay is to feature physics puzzles, hacking minigames, open-world environments, action-packed combat, problem-solving as well as upgradable parts, a cache of weapons and a hologram companion for the robot protagonist Ul155e5.

The game is planned for a PC and console release in 2020.

You can check out how far along it is for yourself in the below trailer:

In other sci-fi action-RPG news, take a look behind the scenes of Cyberpunk 2077’s E3 demo.