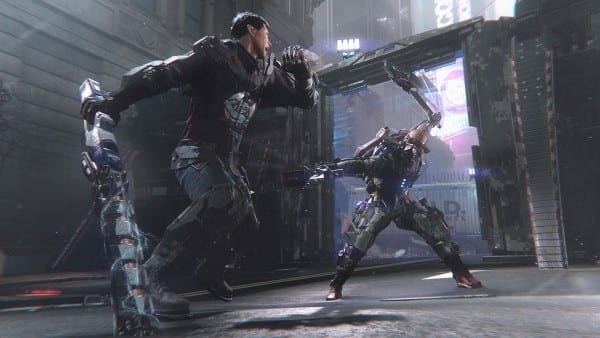 The Surge 2 has arrived and fans are now able to jump into the Soulsborne-like game from Germany-based developers Deck 13. Obviously, the last thing you want to have happen to you in a difficult game is to lose progress. In this guide, we’re going to explain how saving works in The Surge 2 and how to save your game.

Saving Your Game in Surge 2

Like the first game in the series, The Surge 2 has an aggressive auto-saving feature. Pretty much anytime you do almost anything of significance, your game is going to record your progress.

This includes dying, quitting the game, crafting etc. There is no way to manually save in The Surge 2. You do have a total of four different save slots that you can use for new games.

It’s really hard to lose progress in Surge 2 because of the auto-saving though. You need to go out of your way to do so essentially by preforming a hard shutdown of your PS4 and even then the game probably has you covered.

To avoid losing progress though, properly quit out of the game through the main menu. If you do this, you’ll always ensure that you don’t miss out on anything you achieved, and you’ll be able to pick up right where you left off.

Something that is important to keep in mind is that whenever you exit to the main menu, you’ll automatically spawn at the closest medbay when you come back in, regardless of your position.

When this occurs, you will lose all of the tech scraps that you had on your person, as it auto sets back to zero upon respawn.

That’s all you need to know about how to save in The Surge 2. Best of luck surviving the latest from developers Deck 13.

Comments
Continue Reading
Related Topics:game, how to save, surge 2, the surge 2