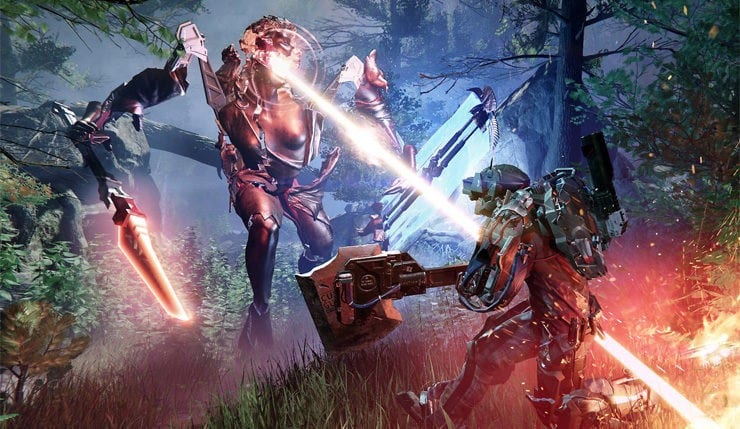 One of the biggest draws of The Surge 2 is the ability to modify and change your character with new mechanical appendages, armor and, of course, weapons. This mechanics won’t do you much good if you don’t know how to get weapons though, so we’re here to walk you through the process. Here’s how to get weapons in Surge 2.

How to Get Weapons in The Surge 2

As with the past game, you can get new weapons in Surge 2 by dismantling enemies and taking their weapons as your own.

This is done by targeting your enemy of choice and then moving the targeting reticle over to the limb that is holding the gear you want. Once you’ve done this, concentrate your attacks on that limb until you’re prompted to execute a finishing blow.

This will remove the limb and the gear it’s holding from your enemy’s body, allowing you to walk over to the weapon and pick it up. Once you have it, simply open up the main menu and equip it as your own.

Can You Take Weapons From any Enemy?

This method works for most any human enemy in The Surge 2, though there are exceptions when it comes to more massive and robotic enemies.

While it would be cool to take a massive mech’s gear from them, you won’t be able to equip anything that’s not feasibly wieldable by your character, mechanical modifications or no.

As such, stick to trying to get new weapons from human – or at the very least, humanoid – enemies. This will ensure you aren’t wasting your time trying to get a weapon you had no way of obtaining in the first place.

That should cover everything there is to know about how to get weapons in The Surge 2. For more on the game, check out our full review to see where it shined as a sequel and where it still needed more polish, or read more of our guides below.