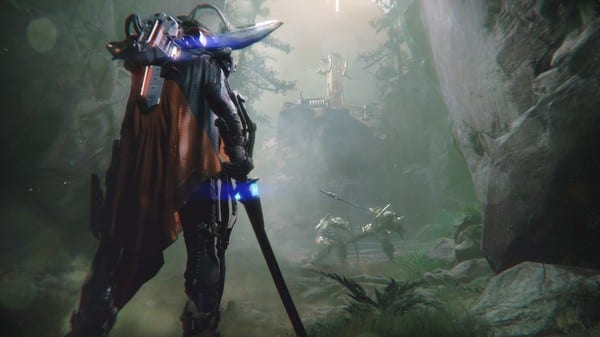 In The Surge 2, players are once again thrust into a dystopian apocalypse set upon us by the CREO corperation. In order to survive, everyone will have to work together to fend off machines, disease, and rioters. Here is everything you need to know about how to free the Prisoner (Benjamin Burke).

Soon after you wake up, you’ll make your way into a prison cell block.

Up the stairs and to the left, there will be a prisoner named Benjamin Burke. He asks for your help getting out of his cell.

In order to get the cell open, you need to get a rig.

How to Free the Prisoner (Benjamin Burke) in The Surge 2

Head to the right and defeat the tutorial boss (Nitro) inside the JCPD Armory.

After you beat him, you’ll automatically pick up an Officer’s Keycard and unlock the med-bay.

Head just to the right of the lockers in the med-bay and you’ll be suited with a rig. Now that you have the rig, you can head back to Burke and free him.

He will thank you for free him, stating that he hopes to see you at the survival camp that is being set up.

Now that you’ve accomplished your good deed, you can continue on to freeing yourself from the madhouse that is the starting area.

That is everything you need to know about how to free the Prisoner (Benjamin Burke) in The Surge 2.

For more helpful tips, tricks, be sure to search Twinfinite for all things relevant to The Surge 2, or check out more of our guides below.