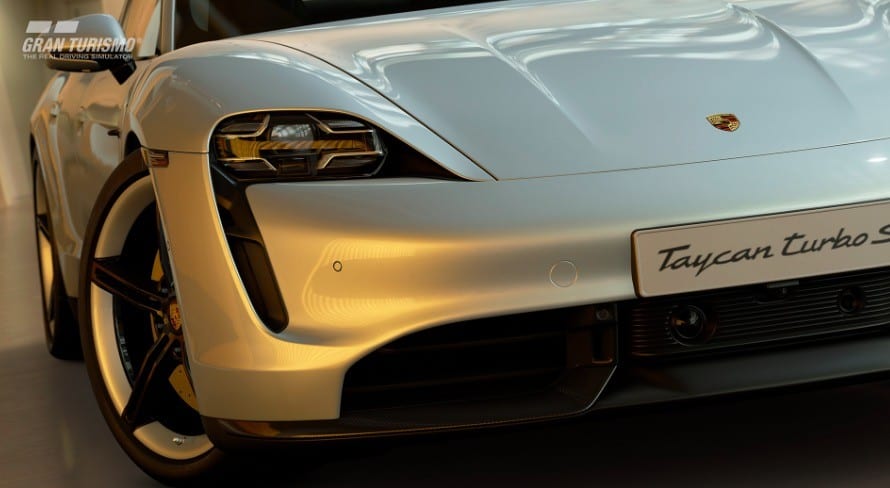 Today, during the Frankfurt Motor Show (IAA) held in Germany, it was announced that the PS4 racing sim, Gran Turismo Sport, would be partnering with Porsche to bring their first fully electric car, the Taycan, into the game, as a virtual version of course.

The Porsche Taycan Turbo S will be available in-game as downloadable content sometime in October, and it will be completely free.

There were several more details on the development and the collaboration between the developer and the car manufacturer on the official Gran Turismo site, which you can check out right here. But we also have the key highlights here for you see:

Thanks to development teams from Stuttgart and Tokyo working closely together during the past nine months, besides a detailed representation of the interior with animated instruments, Porsche and Polyphony Digital Inc. recreated the car’s unique sound and its performance on the track.

On the occasion of the 50th anniversary of the 917, Porsche will bring the design study “917 Living Legend” into Gran Turismo Sport.

Since Porsche won the 24 hours race of Le Mans for the first time in 1970 with a 917, the car is among the most important racing cars in the motorsport history of the brand. The integration will be implemented within the first half of 2020.

Last but not least, designers from Porsche are currently developing the Porsche Vision Gran Turismo Project, which is then being turned into a drivable car within the game by Polyphony Digital Inc.

With the Porsche Vision Gran Turismo Project, the Porsche Design team is exploring new horizons: for the first time, a virtual sports car concept not linked to series production will be developed, which makes the visionary interpretation of the Porsche design DNA a reality.

Gran Turismo Sport is available for the PlayStation 4. If you want to see the new car in action, make sure to watch the new trailer down below of the Porsche Taycan. We also have some beautiful images down below:

For everything on Gran Turismo and PlayStation, keep checking back here at Twinfinite.