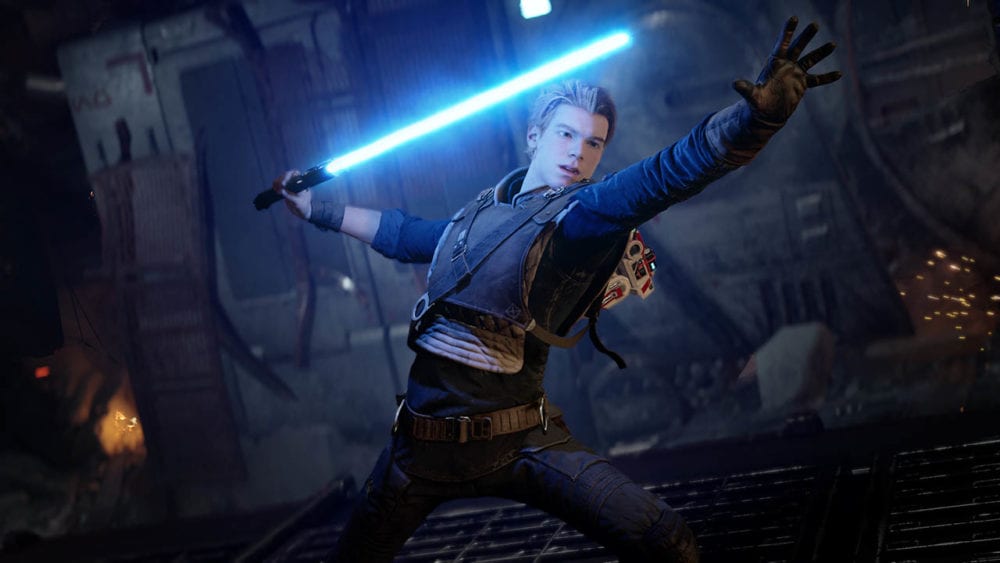 Announced today in a post on EA’s website, Star Wars Jedi: Fallen Order will be getting a new trailer this Thursday, as well as showcasing some new products for the game as well.

Star Wars Jedi: Fallen Order is set to release Nov. 15 of this year, and the gameplay we have seen so far looks exquisite. Taking inspiration from games such as Dark Souls, the combat looks to be an innovative take on the Star Wars games of old.

The new trailer and additional information will debut during the Triple Force Friday reveal on Sep. 26 at 11 a.m. PT on all of EA’s social media and streaming channels (you can find the links at the bottom of this article).

Some of the things we can expect during Triple Force Friday are new trailers for Star Wars: Rise of Skywalker, The Mandalorian, and of course, more info on Star Wars Jedi: Fallen Order.

Star Wars Jedi: Fallen Order follows the story of a Jedi Padawan after Order 66 is initiated by the Republic.

For those unfamiliar with the order, Order 66 (also known as Clone Protocol 66) is infamous within Star Wars lore as it deemed all Jedi as traitors to the Galactic Republic, meaning that any Jedi that is caught is subject to execution.

The player will take on the role of a Jedi in this precarious position as they attempt to escape the Republic and use their abilities to survive.

Be sure to check out the new trailer when it launches on Sep. 26 at 11 a.m. PT on the Star Wars and EA Mixer, Twitch, and YouTube channels.