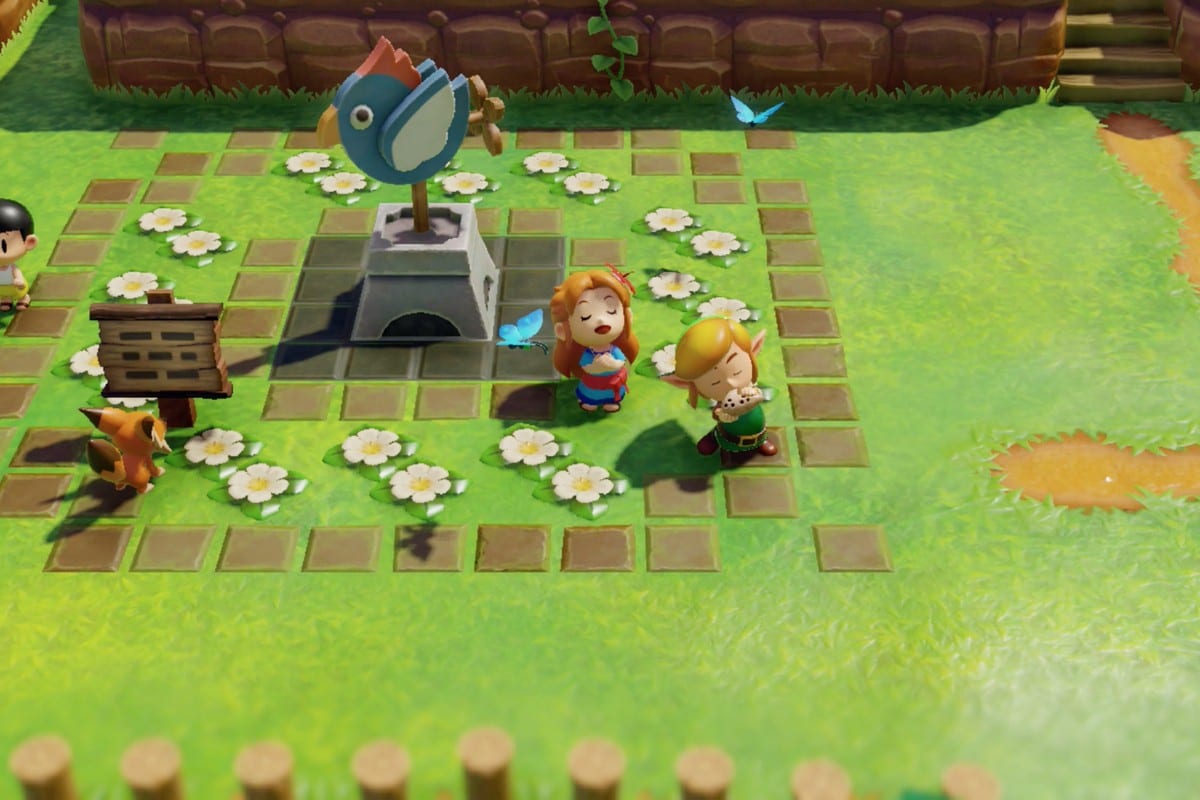 How To Beat Slime Eye

Link’s Awakening, just like most other Legend of Zelda games follows the tried and true formula of obtaining a new item in a dungeon and then having to use that item to progress.

In this case you’ll need to acquire the Pegasus Boots, which will allow Link to dash and jump further to clear larger distances. The Pegasus Boots will also be the key to defeating Slime Eye.

You’ll need the boots in order to even reach the boss, so don’t worry about potentially missing them in the dungeon.

The fight starts out with what looks like two slimes stuck together, you’ll need to hit one of the eyes with your sword to get the slime to start splitting apart.

You’ll notice that there is a strand holding them together that will get thinner as you proceed to swing you sword at one of the eyes.

This is where you will need to quickly line up with the strand and hit the ZL button to dash through the strand. This will cause the slime to fully split in two.

After that you can just keep avoiding its attacks and swing at the eye to eventually defeat the Slime Eye.

To summarize, here’s how to beat the slime eye in Link’s Awakening:

Well, that’s everything you need to know about how to defeat the Slime Eye in Link’s Awakening. For more tips, tricks, and guides be sure to check out ever-expanding Wiki.